The Lagos Central Mosque Council, under the auspices of the Chief Imam of Lagos, His Eminence, Sheikh Sulaimon Oluwatoyin Abu-Nolla, has applauded the Executive Governor of Lagos State, His Excellency, Mr Akinwumi Ambode, for taking the bold step of approving the use of the Hijab for Muslim female students in Lagos schools.

This was contained in a press statement released on Friday, November 16, and signed by the General Secretary of the Lagos Central Mosque, Alhaji Naheem Olushola Saheed.

The Chief Imam said the magnanimous act of Governor Ambode suggests that a high level of religious tolerance and accommodation pervades the rank and file of the Lagos State Government, and shows that indeed “Itesiwaju Eko Lo Je Wa Logun”, meaning that the development of Lagos is the utmost priority of Governor Ambode and his team. 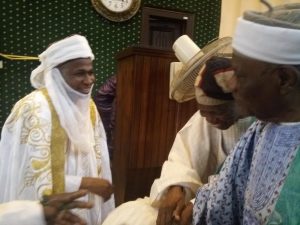 “Sighs of jubilation and relief reverberated through the entire Muslim Community of Lagos State when we all heard the good news, and Governor Ambode has shown that Lagos is indeed home to all religions, tribes and orientations with this epochal decision of his”, the Chief Imam said.

Sheikh Abu-Nolla also congratulated the several Islamic organisations which were at the forefront of the peaceful and commendable struggle to actualise the Hijab dream for Lagos female students.

“Particular mention must be made of MSSN Lagos Area Unit under the leadership of Dr Saheed Ashafa, MURIC, MUTAN, TMC, the Hijab Advocacy Coalition and several other Islamic organisations which mounted peaceful, sustained and focused campaigns for the actualisation of this goal. Allah (SWT) has recognised and rewarded your efforts, and He will further reward them in Paradise, In Sha Allah”, he said. 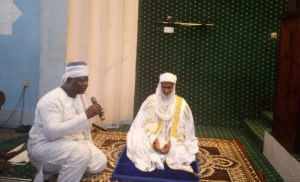 The Chief Imam thereafter called on Muslim parents and teachers to ensure they make the best of this opportunity, and ensure that Muslim students – male and female – are at all times good ambassadors of Islam, their parents and their schools.

“Please ensure their Hijabs are always to the exact specifications of the rules. Ensure they are always clean, smart and properly representative of their religion, homes and schools. This opportunity must not be abused, neither should it be taken as a chance for the girls to disobey constituted authority”, he said.

Imam Abu-Nolla further charged Lagos principals, teachers and school administrators, especially the non-Muslims among them, to follow the government directives on the Hijab issue to the fullest, and let all incidents of beatings, harassments and intimidation of the Muslim girl-child over the Hijab stop forthwith.

“The girls are as well your children, and we don’t know what will become of them tomorrow. Beating, harassing and intimidating them because they adorn the garment of honour – the Hijab – is indeed not the way to go. As Governor Ambode has directed that all these should stop, please let them stop. Embrace our girls, accept them with their Hijabs, and let us build great women of them together”, the Chief Imam enthused.