MUSWEN@10: The Future of Nigeria in The Hands of Southern Muslims

Yesterday, I was part of the colorful audience that witnessed the grand finale of MUSWEN 10th Anniversary at the exquisite University of Ibadan International Conference Centre.

The galaxy of Muslim stars including traditional rulers, politicians, businessmen scholars from the academia and leaders of the organizations assured the success of an event that all south west state governors had representatives Oyo State Governor Isiaq Abiola Ajimobi was personally on ground as host.

The nation’s Amir, President Muhammadu Buhari was ably represented Malam Adamu Adamu, the education minister who acknowledged that southwestern Muslims are the most dedicated in the cause of Islam in this country.

The Amirul Muuminin and Sultan of Sokoto was a cynosure of all eyes just as Sarkin Kano Sanusi Lamido Sanusi held the audience spellbound with inimitable presentation on leadership in which he highlighted leadership in Islam prescribing for any group in search of develop to follow the islamic prescription. 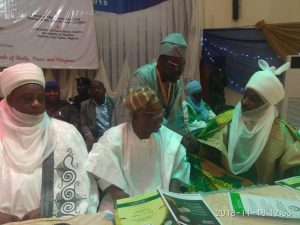 The finale of the grand finale was the launching of development fund for the Muswen International Center which in every way met my aspiration of an IICC, international islamic convention center, an idea I’ve shared with many colleagues in the last eleven years.

My take on the southwestern Muslim solidarity event is that it truly symbolized the power of brotherhood in Islam.

Therefore, Muswen should go further to convert the prospect it offers to the constitution of a South Western Muslim consultative assembly, SWEMCA which should meet at least once annually to address Muslim concerns. Buy more importantly, it also offers an opportunity to establish a complement to the Jamaat up Nasrul Islam solely a northern Muslim assembly. 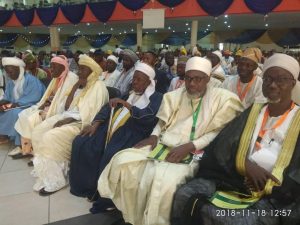 From the remarkable celebration what becomes obvious is that southern Muslims are best positioned to build the bridge of national unity in Nigeria. So rather than think muswen we must begin a contemplation of SOMCA, the southern Muslim consultative assembly. 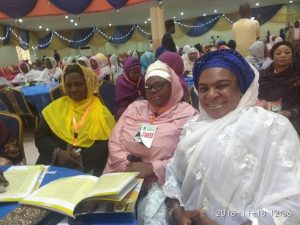 Tags: Emir of KanoMuswen@10Sultan of Sokoto