Many of the congregation, friends and associates thronged his house at Enoruwa Street, off 1st East Circular Road, Benin City, when the news of his demise broke via social media.

Muslim News investigations revealed that the late Imam was hale and hearty when he led Solatul Maghrib and Isha (evening and night-time prayers) on Sunday, December 16 before he went to bed.

He reportedly died in his sleep at the wee hours of Monday (around 2am).

The cause of his death was not immediately ascertained but the Secretary to the Office of the Chief Imam, Barrister Al-Ameen Alao (Esq.) said he died after a brief illness. 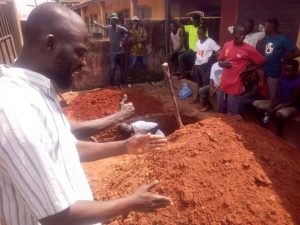 In a chat with Muslim News, Barrister Alao said: “On behalf of the Muslim Ummah in Edo State, I hereby formally announce the passing to Eternal Glory of our beloved Chief Imam, Alhaji Sheikh Muhammad Jamiu Edosomwan, who answered the call of Almighty Allah at about 2 am on Monday, December 17, 2018 after a brief illness.

He said the Chief Imam, who died at the age of 84, led the Muslim congregation in Jumat service on Friday, December 14 at the Benin Central Mosque and as usual, offered prayers for the palace, the state and those in authority. 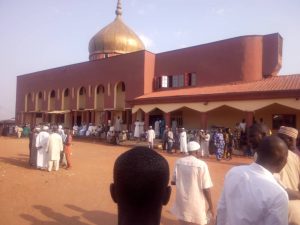 “The Chief Imam, I can confirm to you, died peacefully. He was a law abiding and God-fearing citizen. He led Muslims in the Salat of Maghrib (7pm) and Isha (8pm) of Sunday, December 16, few hours before he breathed his last with a smile on his face.”

Hundreds gathered for his Janazah

People around the Benin Central Mosque vicinity at Igun Street and its environs were in a pensive mood when the Muslim News correspondent visited the bereaved family around 7am on Monday morning. 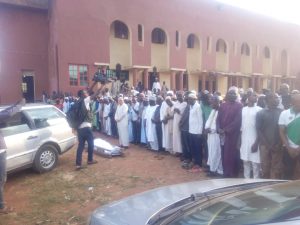 Muslim faithfuls from within and beyond Benin were already gathering in their numbers in preparation for the Janazah (prayer for forgiveness of the late Chief Imam), which was led by his deputy, Alhaji Bashir Muhammad Habeeb.

Alhaji Muhammad Habeeb described the Imam as a good leader who stood for unity and against tribalism.

According to him, “we are extremely sad to have lost our leader and father, Sheikh Jamiu Edosomwan. He was a good Muslim who stood for unity. He fought against tribalism and ethnicity as what was paramount to him is being a Muslim regardless of your tribe, and he always sued for a peaceful society”.

The late Chief Imam’s family, colleagues, friends and hundreds of Muslims participated in the Janazah prayer held at the Benin Central Mosque before the late Imam’s remains were buried in his compound.

Members of prominent Muslim bodies (within and outside Benin) such as the National Supreme Council for Islamic Affairs(NSCIA), Muslim Students’ Society of Nigeria (MSSN), The Muslim Congress (TMC), NASFAT, The Young Muslim Jam’ah and many others were highly represented.

Torrents of tributes have continued to pour in for the late Chief Imam.

The Governor of Edo State, Mr Godwin Obaseki, in his condolence message as conveyed to the late Imam’s family by the leaders of the Governor’s delegation, Alhaji Sahabi Aliyu Umar, Special Adviser to the Governor and Mr Mukhtar Yusuf Osagie, Commander, PUWOV, described the late Sheikh Edosomwan as a great man.

“The state government experienced deep shock over the death of our great father. The Governor greets you and promises to visit in person soon”. 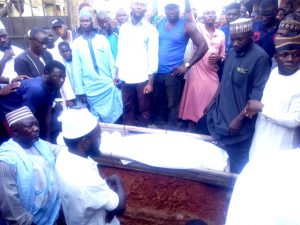 In his brief admonition, the Imam of the Air Force Base Mosque, Sheikh Hanafi called on the Muslims to return to Allah by following His commandments and striving on His cause in preparation for the Last Day.

Speaking on behalf of the family, Ahmad Edosomwan, son of the late octogenarian said: “We have to accept the incident according to the will of Allah that all souls will surely taste death. 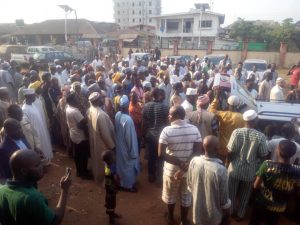 “He was hale and hearty before his death. He was spiritual and prayerful. He taught us discipline, morality and patience, which he equally exhibited during the court trial. In summary, he lived a happy life. AlhamduliLlah”.

We are indeed from Allah and to Him is our ultimate return. I commiserate with the family of Alhaji M.J. Edosomwan and entire Muslim Ummah over the demise of the late Chief Imam of Benin Kingdom and Chairman, League of Imam and Alfas, Edo State.

May Allah accept him as His true servant, forgive his shortcomings and admit him to al-Jannah. May Allah grant the family and entire Muslim Ummah the fortitude to bear the loss.

The National Council of Muslim Youths Organisations (NACOMYO), Edo State chapter wishes to express her condolences to the family of the late Chief Imam of Benin Central Mosque, Alhaji M J Edosomwan on his demise.

The late Imam left a legacy of forthrightness, discipline and uncommon patience especially while in court for 14 years. May Allah (SWT) forgive him his shortcomings grant him Aljannat Firdaus, and give the family he left behind and the Benin Muslim Umrah the fortitude to bear the loss. Amin 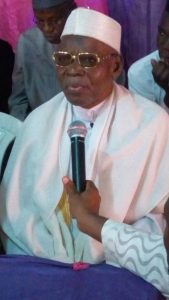 AlhamduliLlah, he lived a simple life. He married my junior sister. He was a truthful man. May Allah forgive him, Amin.

He was a father to all and an epitome of knowledge. His death has made us bereaved. But we have to submit to the will of Allah and we pray Allah forgive him and admit him into Paradise, Amin.

We feel bad over his death but there’s nothing we can do. My advice to others is that they should do their best in striving in the course of Allah. May Allah forgive him, Amin. 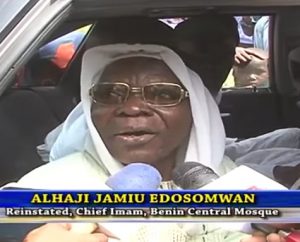 The late Sheikh Muhammad Jamiu Edosomwan was born into the Edosomwan family by Mr Omoregie Edosomwan and Mrs Aminatu Edosomwan on 30th December, 1943.

He attended Hussy College, Warri for his secondary school education after which he proceeded to Ahmadu Bello University, Zaria where he bagged a Bachelor of Science degree in Environmental and Health Science.

He started his madrasah years after his marriage, and he was a student to Alhaji Ahmad Tijani in Ilorin and Alhaji Many Many in Lagos. Prior to this, he was taught some basics of the Deen by his mother.

He worked with the Eti Osa Local Government in Lagos State for a long period and retired in 1993, after which he got the clarion call to return home and take over the mantle of leadership of the Benin Muslim Community following the death of his predecessor, Alhaji Aminu Otokiti.

He was married to 2 wives and had 11 children and 2 grandchildren.

Until his death, he was the Chief Imam of Benin, a position he held for years with a break due to some circumstances. He was restored to power fully in January this year.