Popular Nollywood actress, Kabirat Mojisola Kafidipe, famously known as Araparegangan for her role in SaworoIde, a 1999 blockbuster movie produced by Mainframe Productions, has completed the study of the Noble Qur’an at the Monbitu Sa’adatil-il Miyat Arabic and Islamic Institute.

The Walimah (banquet) was held on Sunday, December 23, 2018 at the school premises at Akinlawon Street, Ijeshatedo, Surulere, Lagos. 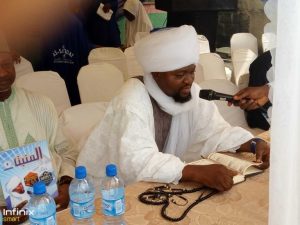 Family, colleagues and fans who attended the colourful ceremony watched with admiration as the 38 year old script interpreter read some portions, including the famous Suratul Fathia and the first 5 verses of Suratul Baqarah of the Noble Qur’an with a sonorous voice.

She broke the news on her Instagram page, @kabirahkafidipe with the caption: I wish to use this medium to heartily appreciate everyone who wished me well on my Qur’anic graduation. 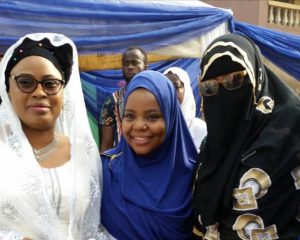 In the words of the graduate of Olabisi Onabanjo University, Ago Iwoye, “this is a strong achievement for me and a great message to everyone that it is never too late to acquire the true knowledge of the Holy Qur’an”.

Kabirah, who is also the CEO of Kaffy Communication Concepts further stated that: “No one is too old to learn. It is a life long process that never stops until the Last Day. I pray that the Qur’an will be our light, both in this life and the Hereafter. Ameen.

Muslim News Islamtainment gathered that the filmmaker, who released her first movie, Bantu in 2015, is putting finishing touches to her first Islam-themed series, set for release in 2019. 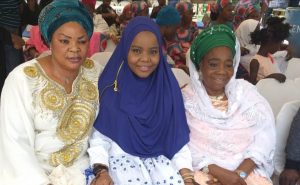 Kabirat had earlier featured in The White Handkerchief, a short film adapted from The Virgin, a debut novel of Bayo Adebowale in 2008 before her big role in Saworoide in 2009.