Analysis: Understanding the differences between Gregorian, Christian and Islamic calendars

Contrary to many people’s beliefs, the Gregorian calendar (named after Pope Gregory XIII in 1582) is not originally a Christian calendar. According to the Bible, the early Christians had their own calendar.

In Esther 3: 7 and 13, the first month is NISAN (an election period during the tenure of Ahaswerusi) and the last, ADAR, is the twelfth month (the period of war and premature death among the Jews).

The calendar was abandoned for the Julian calendar in 45 BC, following the Christianization of the Roman Empire during the reign of Julius Caesar.

The Juliana had some major irregularities, one of which is that the length of the solar year is miscalculated by 11 minutes each year. Pope Gregorian rectified the mistakes during his tenure with additional 2 months (July named after Julius Caesar and August named after Augustus Caesar). The modification gave birth to what is today known as the Gregorian solar calendar, which runs from January to December. 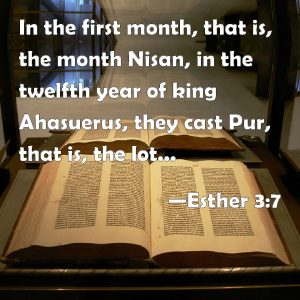 Unlike the Gregorian and other world calendars, the Hijrah calendar was ordained by Allah. It has been without irregularities whatsoever since its adoption 1,440 years ago.

However, in 2016, Saudi Arabia decided to go the Western way and adopted the Gregorian calendar, due to what the Kingdom called “austerity measures”.

The decision, the first of such in the history of the 87 year old oil-rich country, has negative effects on its civil servants, who now lose 11 days of pay after their salaries became based on the Gregorian rather than the Hijrah calendar. 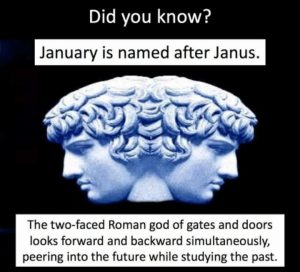 Allah confirmed the sanctity of the Islamic calendar in the Noble Qur’an. First, He (SWT) begins with the months, which He said are twelve (lunar) and have been in existence from the day He created the heavens and the earth (Q. 9: 36).

Interestingly, the names of the months were specially mentioned by Allah in different verses of the Noble Qur’an.

For example, in the first month (Muharram), fighting, wars or battles are strictly prohibited (Q. 2: 194) and the last Dhul-Hijjah (the twelfth month) is one of the months of Hajj, the last pillar of Islam.

Allah has not put mankind in a state of confusion. Hence, he clearly stated that the counting of these months should be based on lunar calculations, which may be 29 or 30 days depending on the sighting of the new crescent when He commanded the believers to fast in Ramadan, the 9th month of the Islamic calendar (Q. 2: 185)

Others are Safar (the second month), a period of material provision and renewal of divine faith; Rabiul Awwal (the third month) known as the season of harvesting of fruits of faith.

The month in which our beloved Prophet Muhammad (peace be upon him) was born; Rabiul Thanni (the fourth month) is the second month for harvesting the fruits of faith; Jumadal-Awwal and Jumadal-Thanni are the fifth and sixth months meant for introspective self-appraisal and hope in Allah.

While Rajab (the seventh month) is one of the sacred months for active pursuance of peace and prohibition of all forms of retaliation, Sha’ban (the eighth month) is the month in which the Night of Record for mankind occurs.

In Islam, the numbers of days in a week are seven, but the week does not start with Monday. Rather, it starts with Yaomul-Ahad (also known as Sunday in the Gregorian calendar).

Likewise, the day begins after sunset, specifically after the Maghrib prayer, not the usual 12 midnight in the Gregorian calendar. In total, the Islamic calendar has an average of 354 days in a year.

The other days are arranged in chronological order below:

Yaomul-Ithnayn (the second day or Monday); Yaomu-Thalatha (the third day or Tuesday); Yaomul-Arba’a (the fourth day or Wednesday); Yaomul-Khamis (the fifth day or Thursday); Yaomul-Jumu’ah (the Day of Gathering or Friday) and Yaomul-Sabt (Day of Relaxation, weekend or Saturday).

These days have their significances in the history of Islam. For instance, Allah (SWT) dedicates a chapter (Q. 62) to Yaomul-Jumu’ah (Friday). He (SWT) says, O you who believe! When the call is proclaimed to prayer on Friday (the Day of Gathering), hasten earnestly to the Remembrance of Allah, and leave off business (and traffic): That is best for you if ye but knew.” Q.62:9

He continues: “And when the prayer is ended, then disperse in the land and seek of Allah’s bounty, and remember Allah much, that you may be successful.” Q. 62:10

These verses refute the demand for Friday as a public holiday, but half a day – before Jumu’ah – can be suggested as a holiday for Islamic societies. Yaomul-al-Sabt (Saturday) also got a mention in several verses of the Qur’an (Q. 4: 47 for example) as the day of relaxation.

In an authentic narration from the mother of the believers, Aisha (RA), Prophet Muhammad (SAW) encouraged the believers to observe fasts on Mondays and Thursdays.

In conclusion, there is the need for the Muslim world to go back to the basis, track and document important events in their lives (marriages, graduations, etc) using the Islamic calendar alongside the Gregorian (in the case of Muslims living in non-Shari’iah countries).

– Rasheed Abubakar is the publisher of Muslim News Nigeria and the author of “Hijab and the Nigerian Press” | Twitter: @rawshieldpr