+ Why Saifura, Hauwa (victims of Boko Haram) were also honoured

For news about Islam and Muslims, the battle for the Hijab dominated the Nigerian press in 2018. Although the Hijab struggle didn’t start this year, the assaults and molestations of innocent school girls became more pronounced despite the Appeal Court verdict which granted Muslim girls the right to use the Hijab on their uniforms in accordance with the Constitution of the Federal Republic of Nigeria.

In a carefully orchestrated battle to bring an abrupt end to Allah’s ordained dress code in Nigerian schools and obstruct girl-child education, extremist school administrators and officials in public and private establishments, especially in Southwest Nigeria, employed different cruel tactics to forcefully make their victims – particularly the innocent school girls – comply with their draconian, anti-Hijab rules without following due process.

Muslim students were locked out of schools. Some were forced to use Christian berets instead of the Hijab; some reluctantly accepted to let go of the Hijab to avoid being scapegoats of the ruthless, intolerant non-Muslim school handlers.

However, some students resisted! They were ready to bear the consequences and their heroic moves had significant effects on news reportage and analyses in the Nigerian media. Some of the assaulted Secondary School students were:

– The five students of Isolo Secondary School, Lagos who were suspended for wearing Hijabs.

– Muslim students of the International School, Ibadan (ISI) who were jailed and later sent out by the principal over the use of the Hijab

– The five female Muslim students who were harassed by Mrs Ajilore Adeola, the Principal of Aguda Community Senior School in Surulere, Lagos.

-A 9 year old student of Gateway Junior Secondary School, Ogun State, who dragged the Ogun State Government to court after she was molested by the principal of the school who forcefully removed her Hijab. She is demanding for N1 million as compensation.

For months, their resistance and readiness to obey Allah’s law in accordance with the constitutional provisions exposed the life of segregation they have been forced into by the wicked administrators.

Although Hijab molestation continues in many Southwest states unabated, Muslim News celebrates these youngsters for their courage, which is reminiscent of Barrister Firdaus Amasa, the fearless Hijabi-Muslim who challenged and changed the age-long “No Hijab” rule at the Nigerian Law School.

Exactly this time last year, Barrister Amasa was barred from the Call to Bar ceremony in Abuja following her insistence on wearing the Hijab, but was later this year (2018) called to bar with her Hijab seven months after, due to national and global outrage as well as interventions from both Muslims and non-Muslims on the need for the Nigeria Law School to abide by global best practice and grant the lady’s fundamental human right.

Read more about our Hijab heroines in the special edition of Muslim News HERE:

We celebrate Ms Amasa’s commitment to the Hijab struggle, which was inspired by her mother’s Hijab struggle during her days at the School of Nursing, Ilorin, Kwara State.

At Muslim News, we believe that the successes achieved by Hijab heroines didn’t come without the unflinching support of and readiness to stand against all Hijab abuses by a group known as Hijab Rights Advocacy Initiative, headed by a lawyer, Hajia Mutiat Orolu.

This award is not dedicated to her alone but to the entire HRAI team who are always at the schools attending to cases of molestation over the Hijab.

The Hijab campaign was also successful due to the continuous awareness of Muslimahs via the media. On this note, we’re pleased to honour Hajia Nymat Akashat-Zibiri (broadcast) who has always defended and presented the right perspectives on the Hijab through her popular TV show, Your View, and Hajia Sekinah Lawal (print), who deserves some accolades for not only being a Hijabi, but the Chairperson of NAWOJ (National Association of Women Journalists) in Lagos. She uses her newspaper column to speak for voiceless Muslim women in Hijab.

Sadly, the duo of Saifura Khorsa and Hauwa Liman, both Hijabi Muslim women, might have lost the battle to Boko Haram but their struggle to put succour on the faces of the hopeless didn’t die in vain.

Muslim News celebrates them for their selfless services to humanity through the agencies they worked for until they were killed by the dreaded Boko Haram towards the end of 2018. Read more about the two health workers HERE: 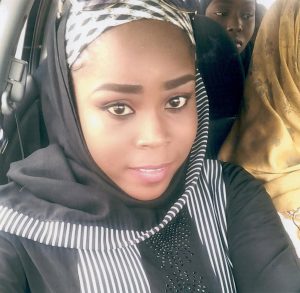 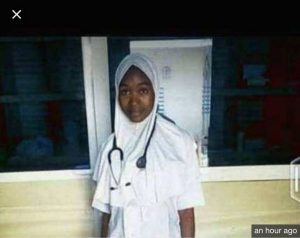 Muslim News Nigeria rejoices with all the recognised personalities and it is our belief that the awards will inspire them to do more for Islam and the Muslims in the course of their professional careers.