Thousands of Nigerian Muslims today, Sunday thronged the popular Daw’ah Centre in Lagos, Southwest Nigeria for a political discourse on elections and electioneering, an initiative of the national headquarters of The Muslim Congress (TMC) and Centre for Global Peace Initiative (CGPI). 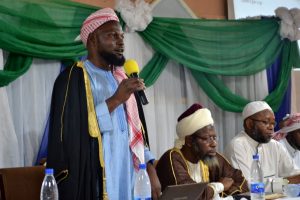 The massive turnout, according to the Islamic scholars, political activists and the representative of the Independent National Electoral Commission (INEC), is a strong indication that more Muslims, particularly Muslimahs (female Muslims) are more interested and concerned about the political process of their country.

Muslim News’ investigations revealed that more than 84 million eligible Nigerians have registered to vote in the 2019 general elections, which kicks off with the presidential and national assembly elections on February 16, while the governorship and state assembly elections will take place on March 2.

The electoral commission commended the conveners (TMC and CGPI) for the lofty initiative, stressing that Islamic organisations and mosques have contributed overwhelmingly towards educating their members on the election and the electioneering process like never before. 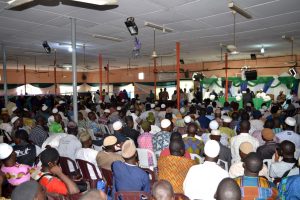 It would be recalled that The Muslim Congress, through its monthly Fiqh Forum (Islamic jurisprudence session) and sensitisation/public programmes, has in the last 8 months embarked on lecture series on political participation, democracy and Islamic principles of good governance, among others.

The INEC representative, Buba Lucas said: “I have attended series of sensitisation programmes organised by different Muslim organisations and mosques, the turn out here today was massive. I am really impressed. Not only did the men come out, their wives and other Muslim women also attended in their numbers. This is what INEC wants and the bodies should be commended. “ 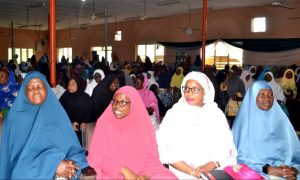 While speaking on the topic, “Making the Votes Count: The Role of the Electorate: A Practical Demonstration”, Mr Lucas asked the mammoth Muslim crowd: “How many people have PVCs here?” Virtually all (both male and female) raised their hands, a positive signal that the society has mobilised her members in Lagos, which boasts over 6 million registered voters.

Earlier in his lecture, titled “Attributes of a Good Public Servant”, Sheikh Ismael Busayri highlighted the prerequisites of a good leader in accordance with the principles of the Shari’iah.

The Secretary, Oyo State Muslim Community said, as major stakeholders in Nigeria, it becomes an obligation for eligible Muslims to take active part in the process of electing pious and trustworthy leaders in a democracy. 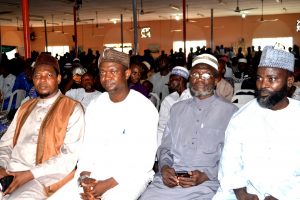 According to him, participating in national exercises like electing a leader is an obligation, for Allah says in the Qur’an that those who are eligible should not refuse to lend their voices when they are called to do so. It is an offence in Islam to do that.

He said: “They have a mandate, which was given to them by Allah as stated in Qur’an 3: 110. Besides, Allah considers leadership as amanah (trust), which is the reason a good leader must be honest and trustworthy.” 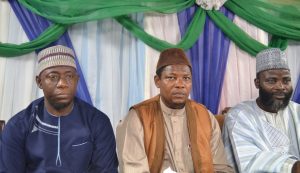 Sheikh Busayri said, though not all the contestants in the forthcoming elections have the requirements or qualities of good leaders, some of them fare better than others. Hence, we go for the best candidate of the lot.

“When you have options, you pick the best”, he stated.

The Amir (President) of The Muslim Congress, Dr. Luqman AbdulRaheem, in his opening speech said that the program was put together to sensitive people about their Civic responsibility as citizens, educate them on the voting process and to highlight the attributes expected to observe in those vying for public offices.

Abdul Raheem explained that good governance can only be realistic when leadership emerge through general consensus and every effort must be geared towards enlighten the public on active participation in election process.

“We are focusing on this particular area of electoral process because it is very important in our religion. When you cast your votes through voting, it means you are bearing testimony and that testimony will be held against you on the day of judgement, so, as responsible Muslim organisation, we need to tell the electorates to think through the voting process before casting their votes,” Abdul Raheem said

He stressed that in Islamic jurisprudence, the process of electing leaders come with some qualities and characteristics which electorates must look out for and this according to him include; faithfulness, integrity, prudence, accountability among others. 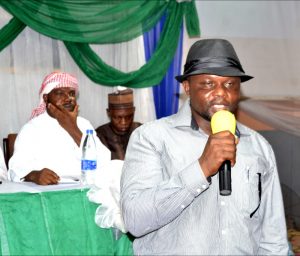 AbdulRaheem emphasised that TMC was trying to disseminate election information to the electorates so as to fulfil its own role as a religious organisation.

According to him, We don’t tell them to vote for A or B, we are only guiding them to know what to do during election.