by Muslim News Nigeria
in Uncategorized
5

In a tone reminiscent of the dark days of the military era in Nigeria, an official of the West African Examinations Council (WAEC), Reverend (Dr) Henry Osidehinde has threatened a ‘disappear without trace’ treatment for Director of Muslim Rights Concern (MURIC), Professor Ishaq Akintola for daring to demand the rights of Muslim students.

The Reverend, who is reported to be the Deputy Registrar in charge of the School Examinations Department at the Lagos office of WAEC made the controversial statement at a seminar held on Thursday, March 14, 2019 at the examination body’s International Office, Agidingbi, Ikeja, Lagos, Southwest Nigeria.

The seminar, which centred on Teachers’ Development in an ICT – Driven World, had in attendance representatives of schools and WAEC officials. The chief discussant, Dr Babajide Bakare presented a paper on the subject.

According to a source who preferred anonymity, although there was no media presence at the event, the voice was captured during the recording of the educative presentation of the Chief discussant with a phone.

According to the source, Reverend Osidehinde, who was the Chairman of the occasion, was answering a question on the challenges faced by WAEC in preparing timetables, while making reference to Prof Akintola of MURIC.

Osidehinde who displayed so much arrogance, hatred and disdain for Islam said in the audio, 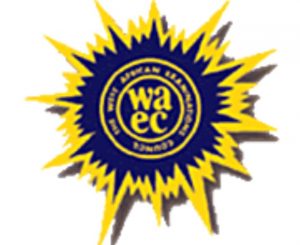 “We need to stop this. I am mentioning this because it is getting too much and I expected Lagos State to take proper action against Prof Ishaq. He recently went to a school in Ojo to disrupt (sic) I have the video here. We need to be guided properly.

“Someone was saying, ‘If they don’t take it (time-table) away on Friday (sic)’. You don’t threaten an institution like government. The government can take anybody out and they will not see that person again. And nothing will happen. Nothing. Not that they will kill the person, they will just take him out of circulation and keep him somewhere,” he declared emphatically.

Muslim News wondered if Reverend Osidehinde’s position will remain the same should WAEC fix the same examination on Sunday.

MURIC – a non-violent, non-governmental organisation – has over the years protested against fixing the WAEC examination timetable during Jum’ah (Friday prayer) periods and the incessant harassments of Muslim girls in Hijab in Southwest schools. 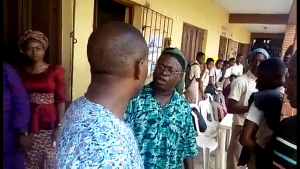 Last year, WAEC changed the examination date of the Chemistry paper, which clashed with the Muslim Friday prayers in its SSCE timetable, after complaints and criticisms from MURIC, Muslim stakeholders and affected candidates.

Prof Lakin warned WAEC that fixing exams during Jum’ah period, was not only illegal and unconstitutional, but is also capable of causing disturbance of public peace.

It would also be recalled that in early January 2019 Prof Akintola led his members and some Muslims to Iba Housing Estate Senior High School, Lagos, where WAEC officials ordered female Muslim students to remove their Hijabs before they could be captured for the registration process.

The students were later captured with their Hijabs following the prompt intervention from the MURIC.

LISTEN TO THE AUDIO: