Nigerian journalism has come a long way and writing the history of this noble profession will be incomplete without chronicling the sterling contributions of veteran Muslim media practitioners who do not only give their best, but also help nurture young and energetic journalists to become the face of Islam in the Nigerian non-Muslim dominated media.

While some of their colleagues prefer not to openly associate with media Dawa’h, they identify with Islam and help to present the correct perspectives of the religion of peace to the world.

Although some of them will be celebrated by the Muslim Public Affairs Centre (MPAC) Nigeria at the launch of the Project Muslim VIPs on Sunday, April 21 at LCCI Exhibition Centre, Ikeja, Lagos, Muslim News sees this gesture as an opportunity to profile these great Muslim men and women influencers in the media. After all, “if we don’t blow our trumpet, nobody will blow it for us.”

According to Abdul-Waress Solanke, MPAC Director of Media and Strategic Communication, “at the event, we’ll be unveiling the Muslimedia Faculty, a pool of talents and resources that the Ummah is blessed with as scholars, experts and veterans in media and communications, who have volunteered to drive capacity development of Muslims as media and strategic information officers of Muslim organisations and young Muslims with potential, strong will and noble aspirations to work for Allah through the instrumentality of the mass and social media.”

The second part of the Muslim VIP series will be released on Friday, May 3, to mark the 2019 World Press Freedom Day. RASHEED ABUBAKAR writes…

Considered as one of the doyens of journalism in Nigeria, Alhaji Liad Tella has always been passionate about the media reportage of Islam and has showed continued concern for the affairs of Muslims in the media. 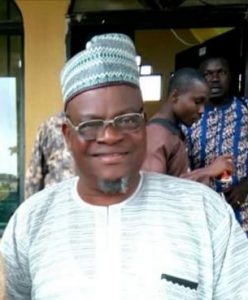 Alhaji Tella studied Political Science at the University of Ibadan. He was the Group News Editor at the defunct Concord newspaper, owned by the late Muslim philanthropist, Alhaji Moshood Abiola.

On the reopening of the newspaper in 1995, he was appointed its General Manager (Training) and later General Manager (Circulation and Marketing). He led the team that rebranded Alhaji Arisekola Alao’s Monitor newspaper as its Managing Director and Editor in 2001.

After some political and public service engagements, he transited into academia as a Senior Research Fellow in the Unilorin Mass Communication Department, from where he recently retired on attaining the age of 70.

Mallam Abubakar Bobboyi Jijiwa, 58, holds a B.Sc. in Accountancy and professional qualifications in broadcasting and management.
He started his media career as a Junior Producer in Gongola Broadcasting Corporation (GBC), Yola in 1977 and in 1993, he joined Voice of Nigeria (VON) as Director, Finance & Supplies. He later served two terms as Commissioner of Finance, Economic Planning & Budget in Adamawa State, and subsequently returned to VON as Director, Administration & Finance and Acting Director-General. In March 2005, he was appointed substantive D-G/CEO of VON.

He served as Chairman of various NGOs and has headed several Special Committees and Delegations in Nigeria and abroad. He is currently the Chairman, Broadcasting Organisations of Nigeria (BON) and the immediate past President of the Commonwealth Broadcasting Association.

Mallam Jijiwa is widely travelled, and is a scholar, author and newspaper columnist. He enjoys sports, research, photography and reading for leisure, and he is happily married with children. 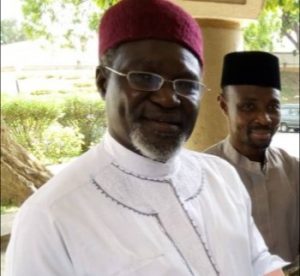 An orator of distinction, he is an iconic Muslim Communications scholar. He has written books and his articles have been published in both academic journals and Islamic literature, among which is “Communicative English Practice: A Reference Book for Students”. In 2018, he wrote the foreword to “Media Narratives of Muslims in Nigeria: Fact and Fallacies”, written by Rasheed Abubakar, the Publisher of Muslim News.

Alhaji Aliu Moyosore Akoshile, 54, is currently the CEO of Almak Media Limited, an integrated marketing communications firm.
He was until 2018 the Associate Director of Daily Trust Media Group and Editor-in-Chief of Kilimanjaro, a pan-African magazine. Before then, he was General Manager of Vascaust Ltd. 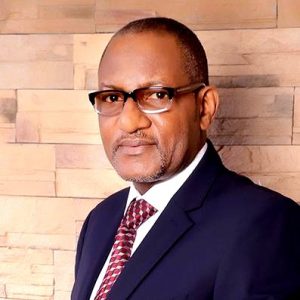 An alumnus of University of Lagos (Mass Communication), Alhaji Akosile started journalism in 1986 as an Intern at Daily Times. He was Senior Political Correspondent with Citizen magazine and pioneer Lagos Bureau Chief/Assistant Editor of Weekly Trust. He is a member of the Nigerian Institute of Public Relations (NIPR), the Nigerian Institute of Management (NIM), and the International Press Institute (IPI).

Alhaji AbdurRazaq Adegboyega AbdusSalam, famously known as Abu Umar Al-Faruq, holds a BSc in Mass Communication and a Masters in Political Science with special interest in International Relations from the University of Lagos. 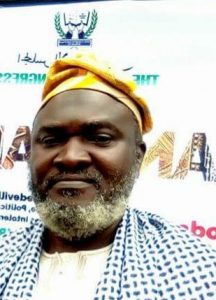 He is a civil servant, seasoned journalist and Deputy Director, Programmes at Voice of Nigeria (VON), where he has worked since 1992. Abu Umar, who hails from Aran-Orin, Kwara State, has held several leadership positions in private and public life. He is the founding Amir of The Muslim Congress (TMC).

He has written many books and published several articles in local and international journals. Prominent among his books is “Islamophobia: The Story of Fear and Hate by the West”.

Dr Ismail Ibraheem graduated from the Department of Mass Communication, University of Lagos in 1990 with a Second Class Upper Bachelors degree. He bagged a M.Sc. Political Science specialising in International Relations from the same university in 1993. 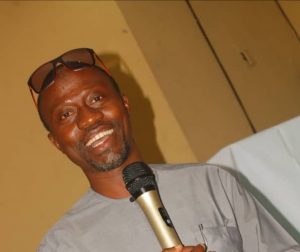 He further completed his PhD program at the University of Leicester in 2004, specialising in Political Communications. Dr Ibraheem is currently an Associate Professor of Communications and Media Studies and Acting Director, Office of International Relations, Partnerships and Prospects, University of Lagos.

Mujeedah AbdulAleem Olagunju, the Chief Strategic Officer of Voice of Nigeria (VON), bagged BA and MA from the University of Maiduguri and is a member of the Chartered Institute of Public Relations, London, Association of Nigerian Authors and Women Writers of Nigeria. 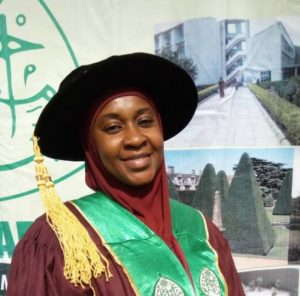 She is currently studying for a PhD in English at the Ahmadu Bello University, Zaria. A former producer and reporter, she won the Gold Medal and First Prize in the Peace and Friendship of Nations category at the Radio Iran Festival Awards in 2008.

She is the author of Daughters of Hauwa (1999), Another Story (2006) and In His Hands (2014), among other books. She has travelled the world extensively, and she is happily married with children. 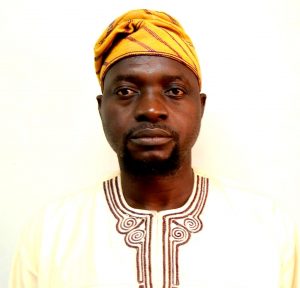 Before joining The Guardian in 1998 as a Senior Staff Reporter, he also obtained a Post-Graduate Diploma in Journalism from the Nigerian Institute of Journalism (NIJ), Lagos.
He is currently Assistant Editor of The Guardian and Chairman, Muslim Media Practitioners of Nigeria (MMPN), Lagos State Chapter.

A former Member of the Presidential Advisory Committee on Transition from Analogue to Digital Broadcasting in Nigeria (2008/2009), he is also the Chairman, The Guardian Chapel of NUJ and Coordinator (South West) of the Association of Communication Scholars and Professionals of Nigeria (ACSPN).

Razaq Olatunji Bamidele, 59, bagged a BA Arabic & Islamic Studies from the University of Ibadan in 1987 and a Post Graduate Diploma in Journalism from the Nigerian Institute of Journalism, Lagos in 1994. 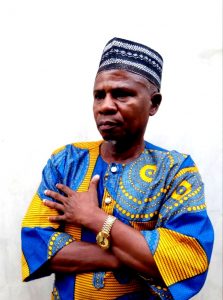 He is currently CEO, Aromedia Global Techniques, a media consultancy firm and Nigeria Correspondent, www.alternativeafrica.com, a London-based online publication. He is married with children and grandchildren. 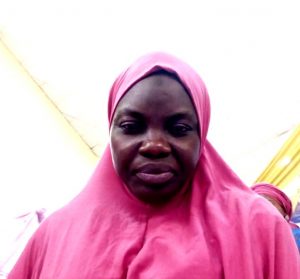 Hajia Sekinah Lawal is a committed Hijabi, and she uses the NAWOJ platform and her newspaper column in the now rested National Mirror to speak for voiceless Muslim women in Hijab.

She has also attended many trainings, workshops and conferences within and outside Nigeria, such as the CNN African Journalist Media Workshop, the British Council Training on Quality and Accurate Health Reporting and the UNESCO Training on Safety of Journalists in Nigeria, among others. She is a two-time recipient of the Lagos State Quality Health Reporting Awards and the Dame Awards on Developmental Reporting.

Haroon Ishola Balogun, 52, started journalism in 1999 at The Pointer newspaper, Asaba, Delta State, from where he moved to Vanguard newspapers in 2006. 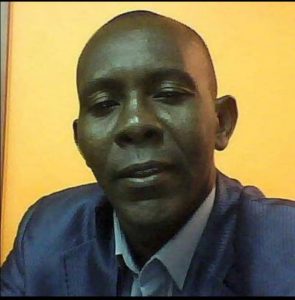 He is currently the News Editor, Saturday Vanguard and handles the Islamic column in the Friday edition of the newspaper.

Alhaji Murtada Tunde Olakunle has a BSc and MSc in Mass Communication from the University of Lagos. He was Editor-in-Chief of Al-Hikmah Awareness, the highly successful Islamic newspaper in the 90s. 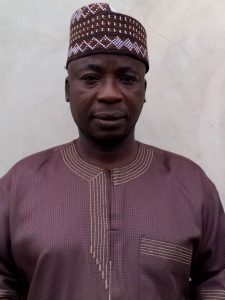 He is currently floating Talkworld Newspaper, an online platform reporting higher institutions and he is the CEO of HMB Imageworld, which is into branding, printing and editorial consultancy.

She studied Mass Communication at the University of Lagos and graduated in 2005 with a Second Class Upper. She bagged her Masters in the same department in 2009. A former Amirah of MSSN UNILAG, she recently completed her PhD in Mass Communication from the De Montfort University, Leicester, United Kingdom.
An award winning journalist, wife and mother of three, she won the best APCON Graduating Student prize in 2007 and the Commonwealth Broadcasters Association (CBA) Travel Bursary in 2008. 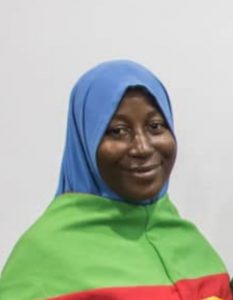 She worked as a news editor and producer at Voice of Nigeria between 2007 and 2009, and is currently a Communications lecturer at the Lagos State University (LASU), as well as Director, Governance of the Al-Mu’minaat Social Advocacy Project (SAP).