Can you tell us the number of films you have featured in and which was your favourite?

I have lost count of them. Sincerely speaking, they will be difficult to count. Even for this year, you will still have to give me time to count. I’ve been away for like 2 months, from one location to another.

What about the ones that stand out? 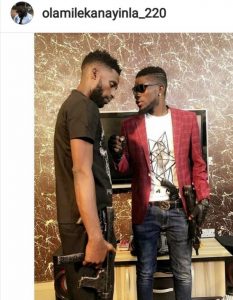 But for me, I’m not a tout and I can never be a tout but I act the role well. Whatever the role or character, I try to act it to the best of my ability. I just want to be like Ibrahim Chatta (another Muslim actor in Nollywood). Ibrahim is a fantastic actor, gifted with abundant talents. He’s not just like our own creation. I want to be like him. I can’t say precisely which is my favourite movie, but to think of it well, maybe I can say JACKSON or MY JOURNEY.

In which film did you first play the role of Alfa?

The movie that gave me the title of an Alfa is owned by a friend, Florence Omobolanle, titled Irawo Owuro. It also featured Ibrahim Chatta, who played the lead role. Murphy Afolabi was also featured in the movie, after which he invited me for another film because he was impressed by my acting prowess. That also made me popular as an Alfa. You can see I’ve mentioned many people. Yewande Adekoya also brought me to limelight, and people came to know me more as an Alfa; a lot of them. So if I had chosen one, it would look like I am being bad to others. So, let me say ‘My Journey’ or ‘Jackson’, which I shot, though not owned by me, was my first Alfa-role movie.

READ ALSO...  Good character is the bedrock of a successful nation - Scholars

In My Journey, I acted a person with a challenge. The character had an accident and lost his memory. So he goes around with an earpiece. He could talk, but he should not get angry. He couldn’t also drive or play with people. He only listened to music till he found a lady who fell in love with him and chatted with him till he regained his memory. 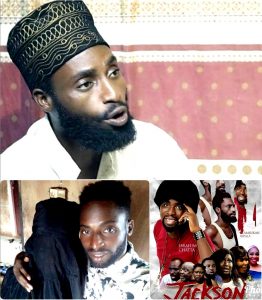 In Jackson, the character is a sadist without good words until he was knocked on the head with a gun. He lost his memory totally. It was the incident that turned him into a sadist. His father was illiterate and uneducated, but wealthy. He married an educated woman and also had an educated friend. Unknown to him, his wife and the friend were in an affair. So, unknown to him, his property and other transactions he asked his friend to sign for him were signed in the friend’s name and signature until he lost everything. The day the father told his son to learn to keep things to himself and not reveal anything to friends was the day he stopped talking to everybody. Anything he saw, he recorded or wrote down. So, he behaved like a sadist till he lost his memory and didn’t regain it till the end of the movie.

How do you cope combining the role of Alfa and tout?

Allah said to the Prophet to invite to Islam with wisdom and knowledge. You see, an actor must be able to do all things without being selective. If it comes to lecturing and preaching about Islam, Sheikh Buhari ibn Musa is trying. Sometimes, he acts like a tout to call people to Islam. That’s why you see many touts at his lectures. From there, some touts would accept Islam and behave normally. That is why I can play the role of a tout, being an actor. I can do whatever I’m asked to do in a movie. The only thing that can’t leave my head is my Islam. It is very difficult to act like a tout without being one, but I have to do all I can to come out best. But I don’t smoke and I don’t drink, even if my character says I have to do it. The worst I would do is to hold the cigarette as if I am smoking, but you will never see me doing so. Alhamdulillah, I am grateful to Allah.