Security expert gives tips on protection of mosques during Ramadan

A renowned security expert, Ambassador Abayomi Nurain Mumuni has called on Nigerian Muslims to remain conscious of their safety at public functions as they observe their religious rites during the holy month of Ramadan.

In a statement signed by his media spokesman, Rasheed Abubakar and released on Tuesday, May 7, Mumuni enjoined them to use the holy month to pray for global peace, as well as live with their neighbours in peace and tranquillity, irrespective of religion, ethnicity and other differentials.

A Chartered Conciliator, Mediator and Counterterrorism expert said, “If we all adhere to the teachings of the Holy Books, the Qur’an and the Bible to be precise, on unity, tolerance and diversity, the insecurity and killings that foul the global landscape would be a thing of the past. 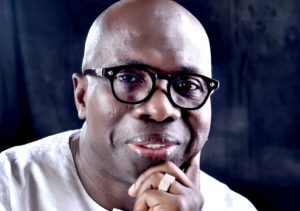 “It is particularly sad that Ramadan dawned on us all at a time Nigeria, and indeed the world at large, is grappling with the burden of insecurity. Attacks in Zamfara, Kaduna, Katsina, by Boko Haram irredentists, armed bandits and kidnappers have become rife, while on the global scene, the Sri Lanka bombings, the New Zealand mosque attacks, and the repeated attacks on churches, mosques, synagogues and schools in the U.S. immediately come to mind,” Mumuni added.

Mumuni, who is the author of globally acclaimed books on security, further enjoined Islamic scholars to be mindful of their utterances, avoid hate speech and preach love in their sermons during Ramadan.

While freedom of speech is largely the norm in Nigeria, Ramadan preachers, according to Mumuni, must remain sensitive to current happenings and ensure the security of their mosques and lecture venues at all times.

“If need be, security guards and CCTV facilities should be deployed at such venues, to ensure adequate monitoring of all movements and happenings”, he added. 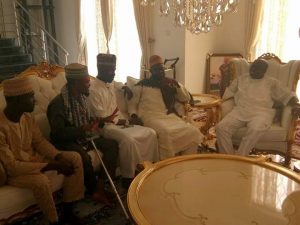 The former Lagos Governorship candidate under the defunct CPC also sounded a particular note of warning against jungle justice.

“While it is important to be personally and collectively responsible for our security, Muslim faithful must resist the urge to take the law into their hands in cases where they apprehend suspected assailants.

“Jungle justice is absolutely forbidden according to Islamic teachings, and as such, such suspected attackers must only be handed over to the law enforcement agents so that justice will run its course.

“In the final analysis, what all Muslims seek is the acceptance of their fasts and Ibadah (worship) from Allah (SWT). May He accept our worship and increase us in material and spiritual means, during and after Ramadan,” Mumuni added.