No one knows the whereabouts of the famous broadcaster, Alhaji Aremu AbdurRazaq Gawat. Nobody knows whether he is dead or alive. However, there are different speculations as to what could have happened to him seven years ago.

It all started as a rumour which quickly spread like wildfire on that fateful day, July 10, 2012, that the famous Muslim broadcaster and anchor of a popular Islamic television quiz on Ramadan, ‘E Dide E Mu Saari Je’, was missing.

“My sister at UNILAG called not quite long ago and gave some disturbing news about Alhaji Gawat,” a netizen posted on Nairaland, one of Nigeria’s most popular news portals, with a response from another netizen who said, “He is indeed missing and there is a thread about him on the front page too. Despite rumours about him being found, there is no such confirmation.”

What seemed to be a rumour to many of his fans, who were expecting him to present during the 2012 Ramadan edition of his popular television programme, later became true following confirmation from the Nigerian Police. The former Lagos State Police Command spokesperson, Ngozi Braide, who confirmed the news, insisted that it was a case of a missing person and not a kidnap.

“Investigations so far showed there was no sign of struggle where his vehicle was found at the Apongbon end of Eko Bridge. The car was neatly parked,” she said.

Multiple media reports said the Chief Executive Officer of Gawat Communications was said to be on his way to his Adeniji Adele, Lagos Island home at about 11pm when the incident occurred.

The sources said his black Toyota SUV, with Lagos registration number RE 77 AAA, was discovered on the Eko Bridge inwards Apongbon at about 11:45pm by LASTMA officials, led by the then Zonal head, Mr Akinpelu Ayuba, during their safety checks on the bridge.

All efforts to find him proved abortive, even though there were speculations during that period that his corpse was found under the same bridge. Some reports even said he had been found by a prominent Islamic activist, Prof. Ishaq Lakin Akintola in Ibadan, Oyo State, a claim the scholar later debunked.

There were promises and assurances from the police and the Lagos State government that the jovial Alhaji Gawat would be found. The Governor of Lagos during the period, Mr Babatunde Fashola (SAN) was quoted to have said that he was optimistic Gawat would be found, as he urged family and friends to remain hopeful.

“I know the police are working. They have some useful information that they are sharing with us. We are pursuing the leads, though it might take time. We are checking every information. So, anybody who has any information that may lead us to him should let us know. My number is 080********,” said the former Governor, who is now the Minister of Power, Works, and Housing under the current administration.

It is 7 years after, and the 1440 AH (2019) Ramadan is here without Alhaji Gawat. Although the popular ‘E Dide E Mu Saari Je’ programme has been going on consecutively for the last 7 years with his long-time partner, Alhaji Tajudeen Usamat being the anchor with support from brilliant presenters, the question on the lips of many is; Where is Aremu Gawat? Dead or alive?

The answer lies with Allah. May Allah be with him wherever he is and strengthen the family he left behind. May Almighty Allah continue to protect us from all evil (Ameen).

In the case of Alhaji Aremu Gawat or any individual declared missing for 1, 2, 7 or 10 years, can they be declared dead and a burial conducted for them in absentia, since it’s not certain if they are alive or dead?

According to the Nigerian scholar based in the Middle East, his wife must not remarry, his property must not be inherited, and his rights must not be trampled upon until his condition becomes known, whether he is alive or dead.

“All the above-mentioned can take effect only after a Shariah court passes the verdict of his death,” Ibn Taofeeq said.

Speaking further, he said without the Shariah court’s verdict on his death, the fundamental is that he is alive until proven otherwise.

“Ali radiya Allahu anhu said about a woman whose husband got lost: “She is a woman who calamity fell on, she should be patient, she shouldn’t be remarry until there is a certainty of his death.”

What is the duration to decide the death of the missing person?

The jurists differed on this;

The Hanafiyyah say they will consider his age mates’ deaths in his town. If none of his mates can be found alive in his town, then his death should be considered, and it was narrated from Abu Haneefah that the duration is 90 years.

The Maalikiyah are of the opinion of 70 years, according to the famous Hadeeth in which the Prophet said: “The ages of my Ummah is between sixties and seventies.”

The Shaafi’iyah: They consider the duration to be 90 years also, and this is the duration of his age mates in his town. Also, some of the Shaafi’iyah are of the opinion that there is no specific duration except the verdict of the Islamic judge on his death.

The Hanbaliyah: Imam Ahmad ibn Hanbal explained that if he got lost during the period that his death is possible, like he went out while they later got information that some set of people got drowned in water, and some got rescued from the accident, the duration will be 4 years. After 4 years, his wife should do Iddah and his wealth should be distributed Islamically.

Ustadh Ibn Taofeeq however said, “if he got missing during the time his death is not possible, like if he went out for trading or swimming or to acquire knowledge, there are two opinions regarding this: 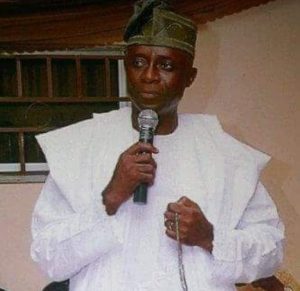 A: He should be awaited till he attains the age of 90, because what is common is that he cannot live beyond this age.
B: His matter should be placed in front of a Muslim judge, and the Ijtihād of the judge should be considered.

“The 90 or 70 years means the age he got missing will be subtracted from 90, then his family will wait for the remaining years unless a Muslim judge passes the ruling of his death, and we go by the judge’s Ijtihād ruling. For example, if he got missing at 40, we subtract 90 from 40, which equals 50. That means we are to wait for 50 years,” according to the Ustadh.

“That is equal to 4 years, 4 months and 10 days. After that, she is free to remarry. If eventually after the 4 years, her husband returns and she has gotten married to another person then, she should choose between the first and second husbands,” Ustadh Ibn Taofeeq added.