As football seasons wind down across various major leagues in Europe, Muslim News Sports x-rays Muslim footballers who are not only observing the Ramadan fast, but also showcasing the beauty of their faith (Islam) on the pitch, as they actively do the football business for their respective clubsides.

The Premier League is unarguably the most followed football league in the world and perhaps the best at the moment, following its flagbearers’ – Liverpool, Tottenham, Arsenal and Chelsea – making it to the finals of Europe’s most lucrative and glamorous league – UEFA Champions League – and the UEFA Europa League.

1. Mohammed Salah: The most celebrated Muslim footballer in the English League

The ‘King of Egypt’, as he is fondly called, has been instrumental to Liverpool’s back to back UCL final this season. He was unlucky in the last season’s UCL final – which fell in the month of Ramadan – as Liverpool lost 1-3 to Real Madrid. Salah only played for 30 minutes in the encounter before being substituted due to a hamstring injury he sustained after Sergio Ramos hurled him down. 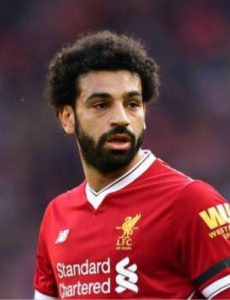 The injury almost cost the Egyptian star his World Cup debut for his country last year. Coincidentally, Liverpool is back again in the UCL final slated for June 1, 2019 at the home ground of Atletico Madrid in Spain. The Merseyside came back from a 3-0 loss to Barcelona in the first leg at Camp Nou, to stun the Blaugrana 4-0 at Anfield.

Salah, who emerged joint top EPL scorer with 22 goals along with his African-Muslim brother and team mate, Sadio Mane and Arsenal’s Pierre Aubamayang, received a Golden Boot award after their last EPL match against Wolverhampton Wanderers on Sunday, May 13, 2019.

Mohammed is expected to lead Liverpool’s attack going into the Champions League final against their compatriots from London, Tottenham Hotspurs, on Saturday, June 1, 2019, few days to the end of Ramadan. In his usual dedication to his belief, which he never hides on the field, Mo’ Salah will be observing the Ramadan fast on that historic day.

The Senegalese and Liverpool maestro is arguably one of the best three Liverpool players of the previous and current seasons. His only goal against Real Madrid at last year’s UCL final was not enough for Merseyside to stop the Los Blancos from retaining three consecutive titles in a row. 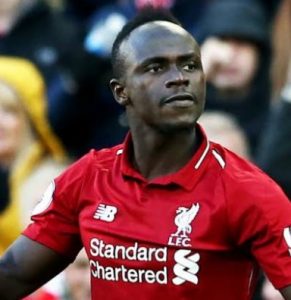 But the 27 year old proud Muslim footballer, who won a Golden Boot award with 22 goals for Liverpool this season, was an inspiration for the Reds as they made it to the 2nd successive UCL final. His brace against Wolverhampton Wonderers on the last day of the EPL earned his side 97 points from 38 league matches.

Despite the fasting period, Mane will be in action as one of the key players to watch out for as Liverpool squares up against their compatriots, Tottenham Hotspurs in an all-English affair final at the Wanda Metropolitano stadium in Spain come Saturday June 1, 2019.

Like Mo’ Salah, there is anxiety from fans who fear that the compulsory fasting will hinder their performance at the crucial tournament, which could see Liverpool lift the Championship cup.

Mesut Ozil is probably the most popular Muslim player in Europe. He was born in Gelsenkirchen, Germany on 15 October, 1988. As a German-born player, he started his career in the Bundesliga with Schalke and later Werder Bremen. Ozil played for Real Madrid before Arsenal bought him in 2013.

He also became a key player in the German national football team and was a part of the German squad that won the 2014 World Cup. Ozil is known for his vision, ability and pass accuracy. He is also often called the ‘Assist King’, due to his ability to lay assists for other players to score goal. He is expected to star for Arsenal against Chelsea in the Europa league final on May 29 in Baku.

Apart from Ozil, Arsenal also has another German-born Muslim player. Shkodran Mustafi was born in Bad Hersfeld, Germany on 17 April, 1992. He plays the centre back and right back positions. Like Ozil, Mustafi is also often called up to play for the German national football team, and was also a member of the German squad that won the 2014 World Cup. In this season, Mustafi has been a key defence player in the Arsenal squad, along with Laurent Koscielny, and they are ready to take on Chelsea in the Europa league final.

As usual, the French international continued from where he stopped last season with an impressive form for Chelsea. In spite of the Ramadan fast, he was instrumental to Chelsea’s getting to the final of this season’s Europa league final against Arsenal.

Pogba is another Muslim footballer from France, and is currently playing for Manchester United. Though he was under criticism recently following Man U’s poor run at the just concluded EPL, ending on the sixth position on the table, after accruing only 66 points from 38 matches. He was sighted in the holy Kaabah few days ago, where he is currently performing Umrah (lesser pilgrimage).

The inclusion of the Belgium national team captain and Chelsea forward in this list will surprise many, because there have been speculations about his faith among his fans. Evidently, not much has been written about his religion and according to findings, this is due to the fact that this handsome footballer does not discuss his private life with the media. However, Muslim News investigations revealed that he is one of the many high profile Muslim footballers in the Premier League. 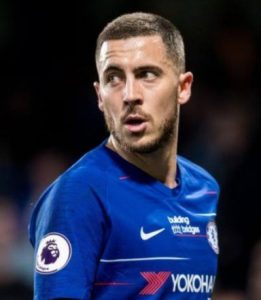 He is unarguably a talented and superlative Muslim footballer from Belgium, and he plies his trade with Chelsea FC. He won the Premier League best playmaker of the year award for the 2018/2019 season. He has also helped the Blues reach the final of this season’s UEFA Europa League to face Arsenal in the final in Baku, the Azerbaijani capital, on May 29, 2019.

The Algerian international and Manchester city winger won the 2018/2018 EPL season with Man city with 98 points, a point better than Liverpool who came second on the last day of the EPL games.

The Algeria international clinched his third trophy with Pep Guardiola’s men since joining them at the start of last season. The Citizens waited till the last day of the season to claim the coveted trophy with a 4-1 victory over Brighton and Hove Albion.

Mahrez played a significant role in the encounter to ensure that the title did not elude his side, scoring one of the goals at American Express Community Stadium as City beat off competition from their closest rivals to finish on 98 points from 38 games. He will be a key factor in the Algerians campaign at the next AFCON in Egypt after Ramadan fasting. 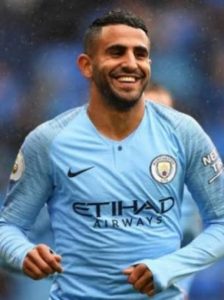 Granit Xhaka is a Muslim football player from Switzerland. He plays the defensive or centre midfield position. Xhaka was born in Basel, Switzerland on the 27th of September, 1992. Before joining Arsenal, Xhaka played for Basel and Borussia Monchengladbach. 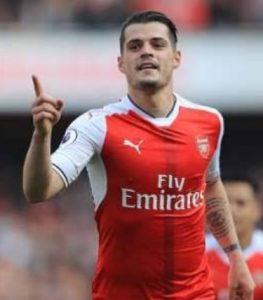 He is a highly skilled midfielder, and his tackling and passing ability is his main forte. He is expected to travel with the Arsenal squad to Baku.

Ziyech is a professional Muslim footballer who plays as an attacking midfielder for the Dutch side Ajax and the Moroccan national team. He is known for his finishing, dribbling, speed, technique and free kick acumen.

Ziyech and his team mates eliminated big teams like Read Madrid, Juventus and others, only to lose the Champions League semi-final via Tottenham’s dramatic comeback at Amsterdam by 2-3 and 3-3 aggregate. This astute Muslim footballer scored Ajax’s second goal of the night before the game changed.

Hakim, alongside fellow Muslim teammates such as Noussair Mazraoui and Zakaria Labyad, observed the Ramadan fast during the Champions League semi-final that saw their club lose to Tottenham Hotspurs after an impressive campaign. It’s worthy of note to state that they won the Eredivisie and Dutch Cup titles. After the Dutch league season, he is expected to feature for Morroco at AFCON 2019 In Egypt.

Mohamed Elneny is also another Muslim player in Arsenal. He was born in El-Kubra, Egypt on July 11, 1992. He was bought from Basel and his position is defensive midfielder. Elneny has not been a regular starter in Arsenal this season, but when he played, he gave his maximum performance. Elneny is often revered for his tackling ability. He is also a key player in the Egyptian national football team and should also be on the flight this Ramadan to Baku. 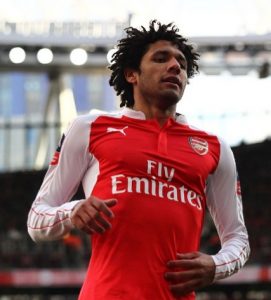 Nigerian Super Eagles’ vice captain, Ahmed Musa is the leading Nigerian Muslim footballer and biggest winner this season in Saudi Arabia. He plays for Al-Nassr FC, and he just helped the club win the league title in Saudi Arabia early this week, in the middle of Ramadan. Al-Nassr won the 2018-2019 Saudi professional league title after a 2-1 win over Al-Batin on Thursday, May 16. 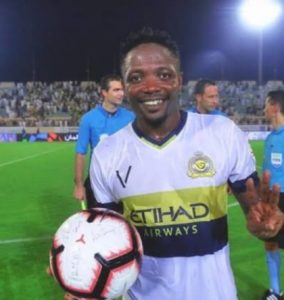 Other popular Muslim footballers are Karim Benzema of Real Madrid and Frank Ribery of Bayern Munich, who have not have really shone this season.