+ The millions the channels rake at off-peak periods

Muslim News’ investigations into the activities of different Muslim organisations and Madaaris (Arabic schools) in Nigeria during the off-peak period, particularly between 4:30 a.m. and 5 a.m. (local time) of every day in Ramadan, shows that there are clashes in the appearances of notable Islamic scholars on television.

Many people have lamented the fact that the lectures of Muslim scholar heavyweights like Sheikh Moshood Jibreel Ramadan on LTV, Sheikh DhikruLlahi Shafi’i on TVC News, Sheikh Sulaimon Yusuf Adewuyi on TVC Entertainment, Sheikh Sulaiman Onikijipa on AIT and Sheikh Habeebullah Adam Al-Ilory on MiTV (even though the station has been temporarily down for some days now) are being aired simultaneously.

It is likewise considered unimaginable that between 5a.m. and 5:30a.m., The Muslim Congress (TMC)’s Tafsir on LTV clashes with a similar programme tagged “The Virtuous Woman” on TVC News, which is sponsored by Al-Mu’minaat, the believing women organisation.

However, there are silver linings too. Probably not comfortable with the clash in schedules, and to ensure maximum viewership for both programmes, Sheikh DhikruLlahi Shafi’i decided to move his Tafsir from 5a.m. on TVC Entertainment to 4: 30a.m. on TVC News to honour his fellow Ahlus-Sunnah scholar, Sheikh Imran Eleha, whose Tafsir airs on TVC Entertainment from 5a.m. to 5:30a.m.

There are other interesting and entertaining Muslim programmes going on at the same time on other channels such as NTA, STV, WapTV, and the newly debuted UmmahTV Nigeria, which has a segment, ‘Ask the Shaykh’ that is anchored by Ibrahim ‘VJ’ Adams, a prominent presenter on the SoundCity music channel.

Observers said it is interesting to note that while these lectures are going on across various television stations, radio stations are also saturated with series of Islamic programmes. It is trite that nobody can watch television and listen to different lectures on radio at the same time without losing concentration.

Unlike previous years when fasting Muslims were expected to be deeply engrossed in Tahajjud, Muslim News’ findings show that the period (4:30a.m. – 5a.m.) now falls within the time faithful take Sahur (the early morning meal), which can also be used to watch soul-inspiring lectures on television, provided there is stable power supply. However, the clashes in the schedules of these prized programmes remain a major problem.

Obviously, with the arrangement going on for the next 29/30 days, there are strong indications that viewership and listenership for these programmes would be avoidably divided among the Muslims who are the target audience of these programmes, most of which are in Yoruba, the most common language in Nigeria’s Southwest region.

There is a reported case of two roommates who fought over whether to watch Sheikh Ramadan’s lecture on LTV or Sheikh Habeebullah’s talk on Mitv at the beginning of Ramadan, as the two lectures clashed.

Ahmed, a TMC member, told Muslim News how he decided to forgo the TV remote-control to his wife, who is a member of Al-Mu’minaat, because of the clash in the TMC and Al-Mu’minaat programmes across different stations.

“I left the TV remote for her. You know that the house belongs to the women. We’ve been watching Al-Mu’minaat’s programmes since the beginning of Ramadan, except for some days when she would say; ‘We can watch TMC Tafsir today’,” he said.

In some homes, Muslim News learnt, there is a mutual understanding between husbands and wives on what to watch. Jaafar said, “I’m a fan of Sheikh Eleha and I don’t like missing his lectures, but my wife prefers the cooking/Itrends show, which is not in anyway my preference. She’ll eventually agree with me and we both watch Sheikh Eleha’s Tafsir together because his lectures are appealing to both sexes.”

Apart from those who benefit from the spiritual guidance and Islamic erudition of the scholars through their TV appearances, Muslim News’ findings revealed that there are some viewers who purposely pick particular lectures with the intent of criticising what they call ‘heresies’ in the scholar(s)’ presentation(s), which in turn often lead to insults and character assassination.

Sheikh Habeebullah Adam Al-Ilory, for instance, has been receiving bashings on social media since the beginning of Ramadan over his allegedly controversial remarks about some aspects of Islam. One of his critics posted on Facebook, while telling his friend to leave the Sheikh’s lecture on Mitv, “I want to hear what Alfa Habeeb would say today.”

No doubt, the clashes in time allocation are not only limited to Muslim programmes during Ramadan alone. The challenge is one of the major issues in broadcasting.

For instance, the two leading channels, Channels TV and TVC News Nigeria, concurrently run their primetime news on terrestrial channels between 10.00p.m. and 11.00p.m. daily. This is because, the time belt is considered as a peak period, a time when the highest number of viewers are recorded.

Irrespective of the times chosen by the stations for their news, 8p.m. to 11p.m. is prime/peak time. Any period outside of that time gap is considered off-peak.

However, the peak period for Islamic programmes on TV during Ramadan is just two hours (4a.m. to 6a.m.) This possibly explains why many Islamic organisations jostle for slots to air their programmes without minding the clashes.

On one hand, while the high level of media awareness by Muslims, particularly during Ramadan, is commendable, it amounts to sheer waste of scarce resources to spend between N2 million and N3 million on media (depending on the station) at off-peak periods during the month of Ramadan without sustaining such thereafter.

In an exclusive interview with Muslim News, a journalism lecturer and communication expert, Dr Ganiyat Adenle-Tijani said rather than having so many programmes that can’t compete with what is ideal or the base line, Muslims should come up with a single programme that will be solid.

“My view is that due to the low coverage of Islam by the Nigerian Chtistian-dominated media, Muslim organisations believe they have to provide content on the traditional media. While this is good, we may be losing money without optimal benefits to the Ummah.

“Also, our efforts and funds are sadly wasted when several programmes targetted at similar audiences are aired at the same time on different platforms. Our rate of exposure is thus low.

Dr Adenle-Tijani, who teaches Journalism at the Lagos State University School of Communication, cited the newly floated Ummah TV as a good platform to learn from.

According to her, “a critical look at their content shows they were not hurriedly produced close to Ramadan. It is high time Muslim organisations started producing their Ramadan programmes months to the glorious month so that the quality can be improved and other necessary logistics can be adequately catered for.”

She advocated the need for Muslim organisations to optimise the benefits of the Internet and the new media such as Facebook, Twitter and YouTube for Da’wah (Islamic propagation), adding that, “We can reach more people than we ever thought through these platforms with much less than what we pay the conventional media, especially during and after Ramadan.”

Another media analyst who preferred to remain anonymous said, though he has not been constantly following the Ramadan programmes on TV due to epileptic power supply, he backed Dr Adenle-Tijani’s view on the use of new media as a complement to the conventional media (TV, radio and newspapers).

“During Ramadan, organisations can limit their programmes to 15 days instead of the usual one month, and promote same with part of the funds budgeted for the conventional media on their social media platforms. Within the twinkle of an eye, they can reach a large number of their members across the world at once,” he added.

According to the TV producer, not many Islamic organisations can afford the standard rates broadcast media charge after Ramadan. The ones who can afford the post-Ramadan charges cannot sustain same because appearance on TV and radio, unlike newspapers, is much more expensive. 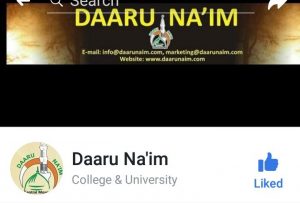 “Those who have the resources among the Muslims are not passionate about promoting Islam, unlike the late Alhaji Wahab Iyanda Folawiyo whose family still sponsors calls to prayer and other Islamic programmes in his name. The late business mogul died over 10 years ago.

“Muslim media proprietors worry less about misrepresentation of Islam in their outfits as long as their own interests are protected. Unfortunately, television and radio stations no longer have dedicated in-house Islamic programmes, as it used to be in the past, similar to the regular Islamic columns on Fridays in the Nigerian newspapers. We need to go back to the drawing board and come up with plans that will benefit the Ummah,” he said.

Off peak-periods, outside Ramadan, are hours of the night running to 6a.m., when the viewership and listenership of television and radio are very low. Outside Ramadan, off-peak periods are ‘dead’ periods and many TV channels would, at those times, feature movies or repeat primetime shows and church programmes, while others would simply go offline.

Some experts however argued that some parts of off-peak periods usually become peak periods during the blessed month of Ramadan, because such periods attract the highest numbers of Muslim viewers and listeners. As such, TV channels and radio stations rake in millions from Muslim bodies which jostle for slots during such periods to ensure maximum viewership and listenership of their programmes, often times without minding if the schedules of such programmes clash.