APC: Between Islamisation of Nigeria and Christianisation of the Southwest

As Nigeria prepares for the inauguration of President Muhammadu Buhari and the governors’ second terms in office in the next couple of hours today, May 29, it is crystal clear that five of the six soon-to-be executive governors from Southwest Nigeria are Christians.

This development, according to unbiased pundits, faults the allegations of an unfounded Islamisation agenda – especially as parroted by former President Olusegun Obasanjo recently – against the President Buhari-led administration, whose so-called Muslim party, the All Progressives Congress (APC), produced four of the five Christian Southwest governors.

Only Alhaji Isiaq Gboyega Oyetola of Osun State is a Muslim, and his well-researched presentation stunned the audience at the 2019 Pre-Ramadan Lecture of the UNILAG Muslim Alumni (UMA), with the theme, “Managing Diversity: Wither the Muslims”.

Muslim News’ findings revealed that only three state governor-elects from the Southwest (Lagos, Ogun and Oyo) will be joining other governor-elects from 26 states for their inauguration ceremonies today, as INEC conducted elections in only 29 of the 36 states of the Federation during the 2019 general elections.

The remaining three Southwest states; Ondo, Osun and Ekiti had held their elections previously in November 2016, September 2018 and January 2019 respectively, with candidates of the All Progressives Congress (APC) emerging the victor in all three states.

It would be recalled that the immediate past governor of Ekiti State, Ayodele Fayose also ignored calls by the Ekiti Muslim community for a Muslim deputy governor, and favoured Ekiti Christians by choosing a fellow Christian, Prof Kolapo Olushola as his deputy.

The only Muslim Southwest governor, Alhaji Gboyega Oyetola of Osun however went for Mr Benedict Alabi, a Christian from Ikire in Osun West, the Senatorial District of the Osun PDP governorship candidate, Senator Ademola Adeleke.

Is history repeating itself?

There was a similar scenario during the 2007 – 2009 political dispensation when all the Southwest governors; Alao Akala (Oyo), Olagunsoye Oyinlola (Osun), Gbenga Daniel (Ogun), Olusegun Agagu (Ondo) and Segun Oni were Christians except for Lagos State, which had Babatunde Raji Fashola, though a Muslim, with a devout Christian wife.

The tidal wave of political Christianisation of the Southwest was stemmed during the 2011 – 2015 dispensation, which threw up Muslims as governors in all the Southwest states except in Ekiti State, which has never produced a Muslim governor since 2003 till date and Ondo State, whose governor as at then, Abdur Rahman Olusegun Mimiko had already left Islam for Christianity.

The four Muslim governors were Ibikunle Amosun (Ogun), Ogbeni Rauf Aregbesola (Osun), Abiola Ajimobi (Oyo), and Lagos’ Raji Fashola, who returned for a second term before handing over to Akinwunmi Ambode, a pastor, in 2015 following pressure for a Christian governor by all Lagos Christian bodies.

Attack on Muslims under Muslim governors

Despite having four Muslim governors in the Southwest, their reigns witnessed unprecedented but coordinated attacks on Muslims. It started with Lagos, where Mr Babatunde Fashola, who later went on to become the Minister for Power, Works and Housing under the current Buhari administration, allowed Christian fanatics to molest innocent school girls over the use of the Hijab.

During Fashola’s tenure, there was an alarming increase in cases of ill-treatment and molestation of Muslims by hostile Christian public servants in Lagos. To add insult to injury, Fashola demolished several Lagos mosques, worked to enact the Cremation Law, which is an absolute abnorm for Muslims, and raised a fellow Muslim, Alhaji Ade Ipaye to oppose the use of Hijab by Lagos schoolgirls in the courts.

The needless June/July 2016 Osun Hijab crisis is another case in point. It was instigated by the crusader-agents of the Christianisation agenda in the State of Osun in an attempt to stop Ogbeni Aregbesola from obeying a simple court order allowing Osun schoolgirls to don the Hijab. This was after he declared, for the very first time, every Muharram first as Hijrah Holiday in the state. 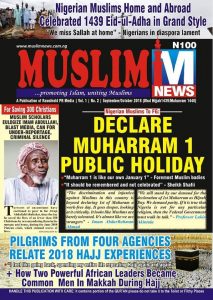 The Muslim community of Ogun state have not fared any better, as they have been in court for months now over the violation of their wards’ fundamental human right to use the Hijab, yet Governor Amosun, despite being a Muslim, did virtually nothing to help Aisha AbdulAleem, a nine-year-old female pupil of Gateway Junior Secondary School, Abeokuta, who is being asked to pick between the Hijab and education.

Going by the last three years of Governor Akeredolu’s tenure in Ondo state where Muslims have been marginalised politically, and in Ekiti where Governor Fayose and now Fayemi treat the Muslim community as if they don’t exist, analysts have warned Southwest Muslims not to expect justice from the remaining three Christian governors who will be receiving the mantle of leadership today.

Interestingly, there is no evidence that the three governors promised to allow the use of the Hijab during their electioneering campaigns. Oyo’s Makinde, for instance, was quoted to have boasted that he had “sponsored Ramadan programmes for six years and sent some Muslims for Hajj”.

He was not affirmative on whether or not he would stop Ajimobi’s pro-Muslim policies, such as the use of the Hijab, the annual Hijrah holiday and non-return of schools to the missionaries, as feared and alleged by the Muslim opposition in Oyo State. Whether those will prove true or false will only be unveiled by the passage of time.

Unlike Makinde, whose candidacy divided the Oyo State Muslim Community, Dapo Abiodun had the massive, unwavering support of the Ogun State Muslim Community. The love and affection shown to him in the build-up to the election was overwhelming. Despite being a Christian, many Muslims campaigned and voted for him against Prince Gboyega Nasir Isiaka (a Muslim) and Adekunle Akinlade (another Muslim), who was his main opposition and anointed candidate of the outgoing Governor Ibikunle Amosun. Pundits have theorised that he wouldn’t want to disappoint the Muslims of Ogun and if he does, such will be resisted by them.

There are indications that Muslims will be fairly represented in Sanwo-Olu’s Lagos State government due to their influence in Lagos politics, even though many of such Muslims are not passionate about Islam. Muslim News has however learnt that the involvement of Muslims in the Sanwo-Olu administration may not likely end the lawlessness of the Christian crusaders who have positioned themselves at vantage points in every ministry, department and agency, including education, to molest and harass unsuspecting Muslim victims. It would be recalled that these extremists dared and flouted the Ambode circular that okayed the use of the Hijab in accordance with the Appeal Court verdict that approved its use by Lagos schoolgirls.

The Hijab was one of the demands the Lagos State Muslim Community put to Sanwo-Olu and his deputy, Obafemi Hamzat when the representatives of different Islamic organisations met them at the Lagos Central Mosque during their campaign, but rather than assuring them of putting an end to the assault, Sanwo-Olu only promised his administration would be “fair” to them in policy formulation if elected. Now that he is taking over the helm of affairs today, the Muslims in Lagos are keenly watching his moves.

A cue from the early Muslims

President Muhammadu Buhari and the incoming governors should take a cue from the leadership model of Umar Bin Khattab, the second Caliph of Islam, who after the conquest of Palestine for Islam in 637 AD, established justice in the land and love among members of different religions. Muslims, Christians and Jews lived together as brothers and worshipped in the spirit of mutual respect and tolerance in their places of worships, which were under the protection of the Amir-ul-Mu’mineen.

When the Ottomans captured the region in 1517, the new administration, despite being Muslim, displayed the same tolerance and justice as the previous Muslim administrations. They developed a climate of peace and freedom in the regions, which lasted for centuries until the bloody creation of the Zionist State of Israel in 1948, which saw the death of thousands of Muslims and the mass expulsion of over 700,000 Palestinians.

The Jewish militias betrayed not only the Muslims but also the Christians with her racist and apartheid ideology of “Israel is a state only of the Jewish people”, and converted many mosques and churches into synagogues, museums and night clubs. 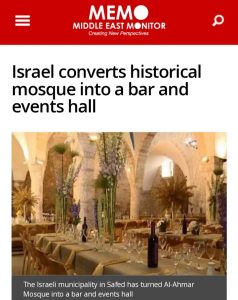 The Southwest governors to be inaugurated today should learn from this enduringly painful vista of history, and ensure they give the rights of all unto them, without fear or favour. In four years’ time, it will be reckoning yet again, and they will all come cap-in-hand to seek for our votes again. How they treat Muslims now will determine how Muslims will treat them at the polls then.