The Northern Zone of the Muslim Students’ Society of Nigeria (MSSN A-Zone) has warned against the continuous molestation and discrimination of Hijab-wearing students which has become rampant in Southwest Nigeria, saying the Hijab is a fundamental right as entrenched in the Constitution.

The warning was contained in a communique signed by the Zonal Coordinator of the students’ body, Malam Ishaq Muhammad Ishayaku at the end of the 32nd annual National Higher Institution Conference of Muslim Students (NHICOMS) at Al-Hikmah University, Ilorin, Kwara State. 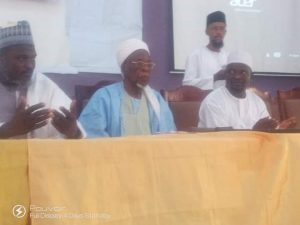 No fewer than 19 northern states, including the Federal Capital Territory (FCT), participated in the four-day educative and informative programme, with the theme, “MSSN Yesterday, Today and Tomorrow”.

The conference also had in attendance Muslim personalities who presented papers on different topics, such as managing depression, guidance and counselling, etc, with Dr. Ahmad Shehu and Dr. AbdulLateef A.M. Raji as lead speakers.

Mallam Ishayaku didn’t mince words when he said, “Wearing the Hijab is a religious obligation on Muslim sisters as well as their constitutional, fundamental right. So, Muslim sisters should be allowed to wear the Hijab irrespective of time and location.” 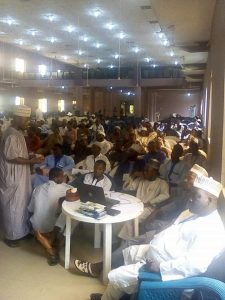 The 65-year old students’ body used the occasion to call on its members across the nation to wake up, take its established track, run with its pace and rise up to face the contemporary challenges.

“Members of the society should also lead in fostering unity among the Muslim Ummah, reconstruction, reformation and reunification of the Ummah, while countering substance abuse, social immorality, sexual and moral decadence, corruption and insecurity, among others,” he stated.

According to him, “Brothers and sisters should always remember the aim of the founding fathers of the MSSN, among which is to inculcate the true spirit of Islamic brotherhood among Nigerian youth, so as to prepare them to serve as vanguards for the defence of Islamic culture and tradition. 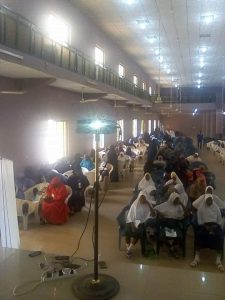 “The future of MSSN lies in our resoluteness to rebuild this society, which has produced great personalities and has been serving the Ummah for the past 65 years,” he added.