– Set to open in September

It’s official! Greek’s capital and largest city, Athens now has its first formal mosque in more than 180 years and according to the President Prokopis Pavlopoulos-led government, the beautiful edifice, which gulped $967,000 of state funds, is set to open for use in September 2019, about three years after its construction was approved by Parliament.

Muslim News investigations revealed that until now, Athens was the only European capital without a functional mosque, in spite of the over 300,000 Muslims living in the Greek Orthodox metropolis. 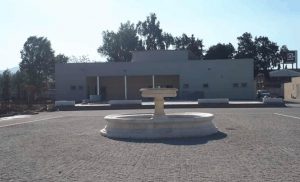 Greece’s education and religion minister, Kostas Gavroglou spoke on Friday during a visit to the nearly complete mosque on the outskirts of the Athens city centre, accompanied by representatives of the Muslim community.

Its construction has been controversial, with some opposing a mosque in the Greek capital.

“It is particularly good that soon there will be the first prayer from the imam of the Athens mosque. We hope this will happen in September at the latest,” Gavroglou said. 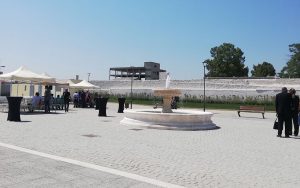 Supervised by the Greek state, the 350-capacity mosque, which has neither minaret nor dome, is situated in the industrial area of Eleonas, near a refugee camp.

The $967,000 construction project has none of the ornate grace typical of Islamic places of worship.

But for the Muslims of Athens, it is the result of a long-fought battle – and the city’s first formal mosque in more than 180 years.

Tens of thousands of Muslim migrants live in the greater Athens area, and have been using informal prayer rooms in basements and disused stores.

READ ALSO...  Nigeria stands in solidarity with the Palestinians, calls on the UN to end Israel's aggression 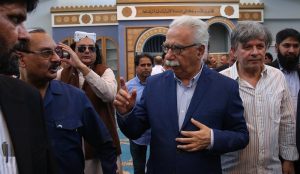 The near completion of the mosque has been greeted with relief by members of the capital’s Muslim community.

“I would like to start by thanking Allah that we finally have a mosque where we can pray, we can gather, we can talk about out matters,” said Zaki Mohamed, the mosque’s imam.

Stamou, a mother-of-two, who converted to Islam a few years ago, said; “I’ll perform a duaa [supplication] for children caught in war – to make all the wars to stop. That’s what I pray for daily, but in the mosque, prayers are supposed to multiply.”

Athens is the only European capital without an official mosque. 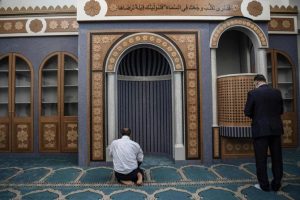 The project began in 2007 amid strong opposition from the influential Orthodox Church of Greece and nationalist sentiment against neighbouring Muslim Turkey.

Greece was under occupation by the Ottoman Empire for centuries.

There have been several laws passed on creating an official mosque in Athens since 1890.

There are an estimated 300, 000 Muslims in the greater Athens area. 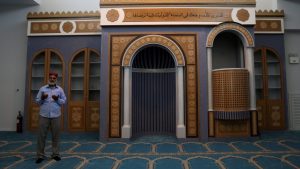 Mosques in Greece were repurposed or demolished following the 1821 war of independence from the Ottoman Empire.

The only officially sanctioned mosques in the country are in the northern border region with Turkey where up to 150,000 members of a Muslim minority live.

– with additional report from Aljazeera English