The famous footballer, who is always seen praying in a Muslim way before games, married his longtime fiancee Amina Gülşe, former Miss Turkey.

The Turkish leader arrived in the early evening for Friday’s ceremony at a luxury hotel on the banks of the Bosporus to see the Arsenal midfielder marry his fiancee.

A smiling Erdoğan and his wife Emine were seen standing next to the young couple as their marriage was formalised.

The ceremony was held at the Four Seasons hotel, a restored 19th-century Ottoman palace, by the Bosporus Strait, known for its terraces above the water, separates the European and Asian sides of Turkey’s most populous city. 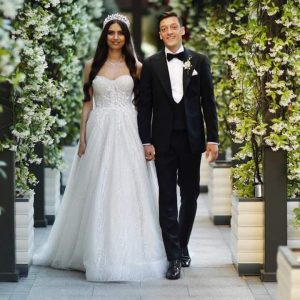 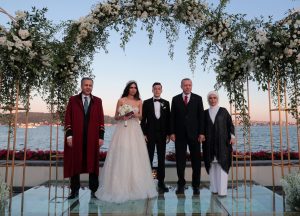 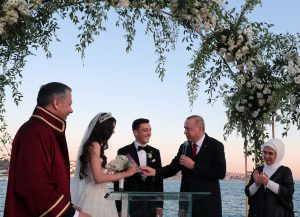