What you need to know about Ahmed Lawan, the new President of the 9th Senate

Ahmed Ibrahim Lawan, a Nigerian senator representing the All Progressive Congress (APC) in the Yobe North Senatorial District of Yobe State has just been elected and sworn-in as the President of the 9th Senate.

Senator Lawan, who has been in the upper chamber since 2007, scored 73.8 percent of the 107 votes cast (79 votes) to defeat his rival, Senator Ali Ndume, a People’s Democratic Party (PDP) candidate but APC Senator representing Borno South, Borno State. 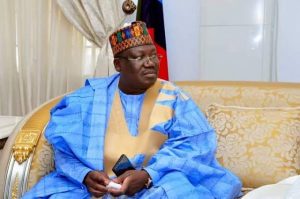 Elected to the House of Representatives for the northern state of Yobe in 1999, at different times, Lawan chaired the House committees on education and agriculture.

Lawan, a devout Muslim, was elected to the Senate in 2007. In 2008, he was a member of the National Assembly’s Joint Committee on Constitution Review. In 2009, as chairman of the Senate committee on Public Accounts, Lawan initiated and sponsored the Desertification Control Commission Bill.

In August 2009, Senator Lawan spoke against the proposed Kafin Zaki Dam. He stated that the Tiga Dam and Challawa Gorge Dam had already reduced water flow drastically, and the Jama’are River was now the main source of water in the Yobe River. He said the dams caused intense poverty, increased desert encroachment, migration and conflicts between farmers and herdsmen.

Lawan ran for re-election in Yobe North Senatorial District on the ANPP platform in the 9 April, 2011 elections. He won with 92, 799 votes, trailed by Hassan Kafayos Hussaini of the People’s Democratic Party (PDP) with 76, 960 votes. 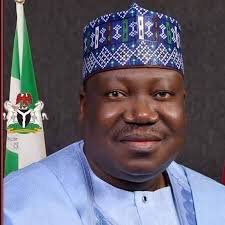