Seven year old Hafeezat Ademurewa Adegoke has unveiled her first children’s story book, titled, The Princess and the Witch to the Nigerian media.

Hafeezat, a Grade 3 Explorer of the reputable Pacesetters Academy, Guzape, Abuja is the first Nigerian youngster to write a book at the age of seven, and second in Africa, after a South African novelist, Michelle Nkamankeng, who authored Waiting for the Waves in 2016 at the age of seven.

Born to a Nigerian soldier father and lawyer mother, Ademurewa, fondly called Sweetie by her parents, is the only girl of her family of four, who hail from Oluyole Local Government, Oyo State. 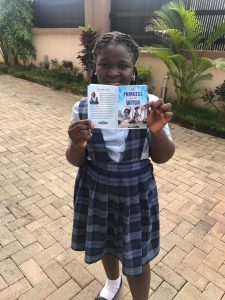 Hafeezat’s desire to write the book of about 30 pages, beautifully arranged into 6 chapters with pictures and lessons, was spurred by the encouragement she got from her teachers at school and siblings at home.

Mrs Adegoke, a lawyer, said her daughter has a high appetite for reading, learning and listening to stories, especially folklore. “She is energetic and always attempts to do many things inspite of her tender age. This is just the first of the many books she dreams to write,” she said.

When asked about Hafeezat’s writing skills, her mother said, “We didn’t take notice of her writing skills until when I discovered that she has a diary where she penned down her stories. But what we noticed was that she always writes inspiring letters to welcome her soldier dad anytime he returns home. 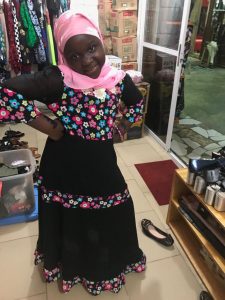 “She is very inquisitive, wanting to know many things around her. While watching cartoons or educational TV shows, she brings out the positive sides of the narratives. Being surrounded by boys, she has learned so much from them. She loves telling stories and discovering new things. That actually brought about the story and I suggest that the book should be recommended for children.”

The elated young scholar spoke with newsmen, and stated her motivation for writing a book at such a tender age.

She said, “I wanted everyone especially my peers to feel comfortable with the book. I don’t want them to be addicted to watching cartoons alone. That’s why I wrote the beautiful story book so that they can find something else to do apart from watching TV.” 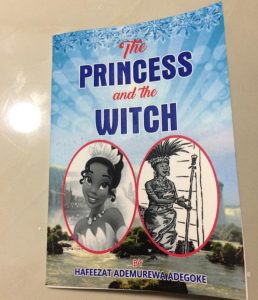 Hafeezat has a private teacher who teaches her Arabic and the knowledge of the Qur’an at home after school hours.

While advising her peers to be good ambassadors of their parents and the nation, little Hafeezat said she as a mentor and model, Ambassador Abayomi Nurain Mumuni, the cerebral author of two of the most read books in the security field globally.

Hafeezat’s book, centres on the life of King Adewale, Queen Iwalewa and their only beautiful Princess Ewatomi’s quest to fetch the sacred ostrich’s egg in a dangerous forest. It also tells the story of love, generosity and kindness to all human beings and animals.