Good character is the bedrock of a successful nation – Scholars

Muslim scholars have identified lack of personal sense of responsibility and appalling character as some of the deadly diseases bedevilling Nigeria, adding that a society with people of good character would definitely prosper and experience rest of mind and tranquility.

This was the submission of Sheikh Al-Imaam Hamid Aderemi Yusuf at the 19th edition of The Muslim Congress (TMC) Lagos State Annual Public Lecture held recently at Ifelodun area of the state on the 28th of July, with the theme, “The role of character in nation building”. 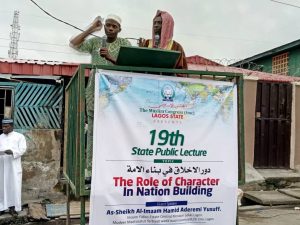 Addressing the audience, Sheikh Yusuf said, “Islam is the first thing we need. When one has got Islam, he will have to do Ibaadah (worship). The result of his Islam and Ibaadah is positive character. A Muslim is one who submits to the will of Allah and thus would obey the commandments of Allah and not his own desires.”

Recalling the incident that led to the expulsion of the first man, Adam from Paradise, the respected Islamic scholar said Allah told him (Adam) that there would come from Him guidance and whoever follows the guidance shall have rest of mind.

“Part of the guidance is good character. A society with people of good character would definitely prosper and experience rest of mind and tranquility,” he said. 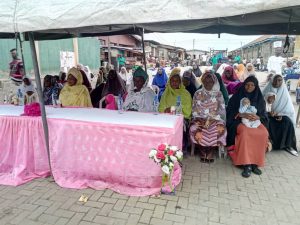 The Imam, in an exclusive interview with Muslim News, said Allah describes the Muslim as the best of mankind as a result of their Islam and also their characters.

“When the Sohaabah (Companions) migrated to Madinah, the market was filled with atrocities and fraud because the Jews were in control. Activities such as intentional inflation of prices, reduction of the quality of goods even after full payment, fraudulent acts, swindling and many were the order of the day.

“But when the Sohaabah got to the market, they didn’t join them in the evils. Rather, they influenced the traders with their good characters and the evils were averted. This is what the Prophet (SAW) taught them and same must we follow if we want positive change in the world. That’s why Allah (SWT) described Rasul (SAW) as the best in terms of character. So, won’t we emulate our teacher?,” he said.

Highlighting some of the important characters needed in nation building, Sheikh Yusuf said, “To be merciful, just, trustworthy, truthful and many more. These traits are what make up the character of the Prophet Muhammad that before he became a Prophet of Allah, he was named Soodiqul Amin by the Makkans as a result of his truthfulness and trustworthiness. We are all expected to emulate him in all our dealings in order to bring about peace to the world.” 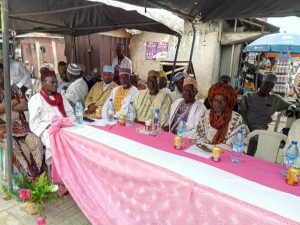 Earlier, in his welcome address, the Waali (Governor) of the faith-based organisation in Lagos State, Alhaji Mikail Oriolowo Animashaun enjoined Nigerians, especially the Muslims, to be of high moral standards.

He added that character defines us as individuals and collectively as a country, and also encouraged all Nigerians to place high importance on character.

“Moral leadership is a critical step forward to birthing the nation of our dreams,” he added.

While speaking on the recent appointment and screening of ministerial nominees, Alhaji Animashaun urged the successful candidates to hit the ground running and ensure no stone is left unturned in steering the wheel of governance to a fitting height.

“The storm of the political season may have come and gone but there remain a lot of grounds to be covered as far as the leadership compass is concerned.

“The time has come for the political elite to know that the people are tired of the shenanigans that have seemingly overshadowed our political landscape, depriving the citizens of the dividends of democracy upon which governance in our country is predicated,” he said.