We didn’t demolish any mosque – Wike

It’s a lie. You did – Mosque Secretary

The management of the multi-million naira Trans-Amadi Central mosque in Port Harcourt, Rivers state, demolished by agents of the state, has described Governor Nyesom Wike’s statement that the mosque never existed as a fallacy of the highest order.

The general secretary of the Mosque, Mallam Abubakar Aliyu told Muslim News in a phone conversation on Monday that the governor cannot deny that there was a mosque in that place even though thousands of Muslim faithful only gather every Friday to observe solat Jumah.

The governor, while addressing journalists earlier today at the location on Biambo Street Off, School Road by Mami Market Junction, near Rainbow Estate, said there was no Mosque on the ground, hence nothing was demolished.

He also described the news of the demolition as false, claiming that the report was planted by mischief makers to create disaffection.

In a statement signed by his Special Assistant on Electronic Media, Mr Simeon Nwakaudu, the Governor said it was unfortunate that fickle-minded persons will claim that a Mosque was demolished at this place when no Mosque existed here.

“The story was concocted by mischief makers to score cheap points,” he said.

Governor Wike explained that some persons started erecting illegal foundation at the disputed land, even though they had no approval to embark on any construction work. 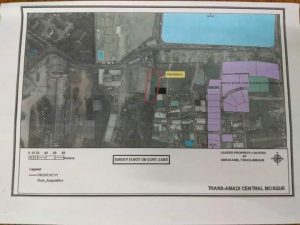 “They came here to erect an illegal structure.  There was no approval from the State Government for any structure to be erected here.

But Mallam Abubakar said Governor Wike was not being truthful.

“Building approval isn’t something that calls for revalidation. The approval number on our building wall is in their register, which can be verified on their system, for confirmation. That’s the reason I said they are lying.

He urged that the government cannot deny the fact that there is a mosque in that place even though thousands of Muslim faithful only gather every Friday to observe solat Jumah.

According to him, “If you have been to Port Harcourt before, you would know that the whole Trans-Amadi is an industrial area. That is the only mosque we have at the moment even though it isn’t yet completed because it is a multi-million project, we observe solat in it, especially solat Jumah.

“It is a childbirth of former Rainbow Mosque that was demolished in the Army barrack. That was the only mosque we were using for regular and Jumah prayers before its demolition. That made the jamah (congregation) to come up with an alternative and bought the Trans-Amadi land with government approval. We have started building on it, spent millions of naira before they came to demolish it.

The general secretary also described as a lie the claim by the governor that the state won at the Port Harcourt High court over the disputed land, stressing that the Judge, Justice Boma Diepere ruled in their favour. You can go through the court judgement paper. 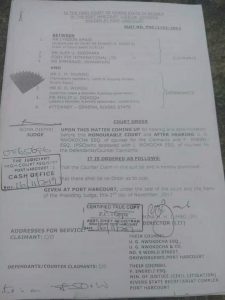 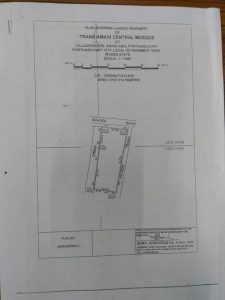 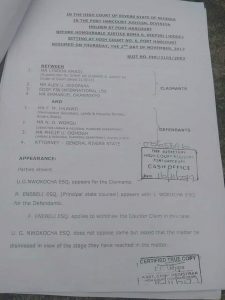