Osun State Governor, Adegboyega Oyetola has advocated religious tolerance, unity and peaceful co-existence among the citizens of the state.

He said the peaceful co-existence among the religious groups in the state will further strengthen the administration’s resolve to bring about the desired growth and development to the state.

Oyetola spoke on Saturday at the Osogbo city stadium, where Muslim faithful in the state had gathered to commemorate the Islamic New Year Calendar, Hijrah 1441 AH. The event was organised by the Osun State Muslim Community. 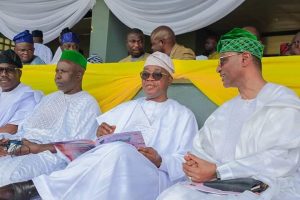 The governor called on the residents to key into the pro-people social protection initiatives, policies and programmes of the administration, which he noted are painstakingly designed to engender peace and stability and as well make life abundant for the citizenry.

He implored them to imbibe the lessons of Hijrah by fleeing sinful and malfeasance practices for a new life and conduct that will add value to the state and the country at large.

While urging Muslims to use the occasion to pray for the progress of the state, economic prosperity, stability, peace and continuation of the good governance, Oyetola said, “You are also advised to use the New Year for your spiritual development”. 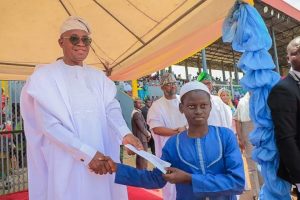 He further said: “I wish to remind all of you that payment of taxes is your civic responsibility, the revenue that accrues to the state from the Federation Account is not enough for the implementation of our programmes and projects for the well being of the people and the development of the state without supporting it with Internally Generate Revenue (IGR).

“I am, therefore, imploring all taxable adults and business entities in our state to ensure they carry out their civic responsibility by paying the appropriate taxes promptly. 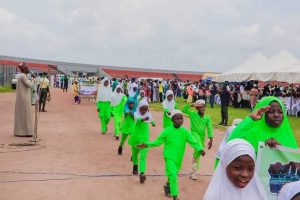 “Hijrah marks the date of migration of Prophet Muhammad (May the peace and blessing of Allah be upon him) from Makkah to Medinah, this is significant because it marks the beginning of the Islamic month known as the Hijrah Calendar.

“It is also an important landmark in the Islamic world because it highlights the perseverance of Prophet Muhammad (SAW) and the early Muslims during difficult times.

“It was after the Hijrah that the laws of Allah were established to herald justice and peace. It demonstrates that, for people with faith, there is hope for ease after difficulties. Above all, it marks the liberation of humanity from racism, inequality and injustice all over the world.

“It is on this note that I, on behalf of the State Government of Osun, wish Muslims in this state and across the world happy New Year celebrations.

“We must not only celebrate but strive, as part of what Allah (SWT) commands us, to internalise the lessons and essence of Hijrah as exemplified by uncommon patience and endurance of Prophet Muhammad (SAW) in the face of hardship.

“I also wish to enjoin all Muslims to use the occasion to pray for the progress of the state, economic prosperity, stability, peace and continuation of the good governance we are experiencing in The State of Osun. You are also advised to use the New Year for your spiritual development.

“The peaceful co-existence among the religious groups in the State of Omoluabi will further strengthen our resolve to ensure peaceful living.

“I hereby admonish all residents of the state, irrespective of their faith, to continue to live together harmoniously and peacefully with religious tolerance and understanding.

“Every resident is enjoined to imbibe the lessons of Hijrah by leaving sinful and malfeasance practices for a new life and conduct that will add value to the state and the country at large,” Oyetola said.

In his welcome address, the president, Osun Muslim Community, Alhaji Mustafa Olawuyi, commended the administration for being supportive to the development of Muslim Community in the state.

He said members of Muslim Community remain committed to support the government in its bid to bring smiles to the faces of the citizens.

Olawuyi appealed to the state government, particularly members of the legislature to enact laws that would make it compulsory, the teaching and learning of Yoruba Language in all schools across the state.

He urged the people of the state to pay their taxes regularly, saying all eligible citizens, business houses and corporate bodies must pay adequate taxes and levies to support government.

The Guest Lecturer, Prof. Abdul-Rahman Oloyede, from the University of Ibadan, called on Nigerians to shun corruption and social vices capable of undermining the corporate integrity and dignity of the country in the comity of nations.

Oloyede, who spoke on the theme: “Corruption and Antisocial Behaviours in Nigeria: Withal Muslims?” urged government at various levels to promote the teaching and learning of civic education and religious studies.