As the sons and daughters of Iwo, Osun State prepare for a momentous turbaning ceremony slated for Saturday, October 12, 2019 at the Oluwo Palace Square, Muslim News, Nigeria’s most authoritative Islamic newspaper chronicled one of the important Islamic heritage the ‘ancient city of scholars’ is blessed with – The Iwo Central Mosque.

The Iwo Central Mosque represents a symbolic epoch in the history of Islam in Iwo land.

Some 600 years ago, Islam was introduced to Iwo land. The then Oluwo embraced the religion of Islam and ordered all ‘magajis’ and ‘baales’ (chiefs) to also accept the religion. Consequently, the Iwo Central Mosque was brought to life. 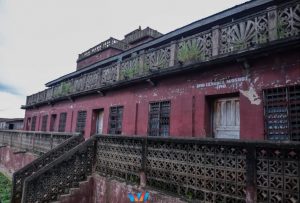 One interesting thing about the mosque apart from its long history is that it was built on the relics of deities. It is perhaps the only mosque with such structural history in the whole of Yorubaland. The mosque was erected on the shrine of the Babalorisa (Chief Priest) of Iwoland after the deities were dismantled.

Though the mosque wears a traditional architectural look given that it was built long ago, it remains one of the biggest and largest mosques in South-West Nigeria. 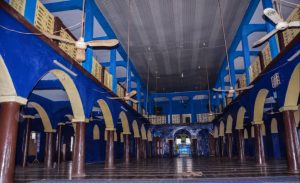 Investigations by Muslim News also revealed that the mosque which was built some 600 years ago, got upgraded to the present state in 1963 according to many sources.

In his efforts to rejuvenate Islam in the city, the present Oluwo of Iwoland, Oba Rasheed Akanbi, has ordered the total reconstruction of the Iwo Central Mosque to suit the taste of modernity. He would be taking the lead in this exercise as the Ameerul Mumineen of Iwoland.

READ ALSO...  BREAKING: Saudi Arabia to hold ‘limited hajj’ for all nationalities living inside kingdom due to coronavirus 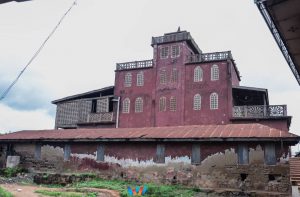 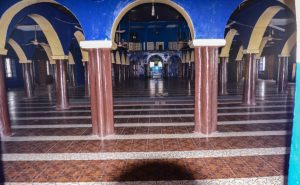 This newspaper was reliably informed that support from the general public would be sought when the committee to be saddled with the responsibility is set up by the Oluwo of Iwo, Oba Rasheed Akanbi. 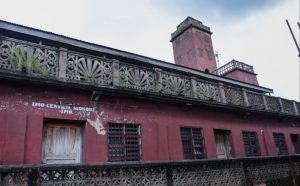 If this reconstruction bid is achieved, the Iwo Central Mosque would become one of the finest, biggest and largest mosques in South-West Nigeria. The construction of the masjid (house of Allah) is one of the most rewarding acts in Islam. The general public is hereby urged to be a part of this exercise.