Saturday, October 26th, the LTV Multi-purpose Combo Hall, Ikeja, in the ever busy capital of Lagos gloriously dazzled as AbdulHamid Babatunde Adewuyi officially took Safiyyah Omowunmi to be his wife.

The venue was transformed into a wondrous haven with colours of purple, gold and blue by Just4U; an event management company owned by Hajia Zulfah Muftau.

The guests as well, were dressed in the dress code combination of purple, gold and blue colours, and in different elegant ceremonial attires. The hashtag #Sholawunmi19 was dedicated to the special event.

The men behind the mic, popular TV personality Mutahir Adams and journalist, Abdulwasi Adeyemi declared the nikaah open with the recitation of the Noble Qur’an.

Haafiz Miqdaad, the bride’s brother and Ustadh AbdulRauf AbdulAzeez took charge of the delivery of a beautiful rendition of Surah Nisai, Qur’an 4, starting from verse 1, one of the popular verses usually read at nikaah ceremonies and held guests, particularly the erudite scholars, spellbound as they listened and reflected on the divine message of love from the Creator.

The central message of another popular nikaah verses in surah Rum, Qur’an 30: 21 formed the thrust of the lecture beautifully presented by the immediate past  Commissioner for Home Affairs and Chief Imam of Lagos State House of Assembly Central Mosque, Hon. AbdulHakeem AbdulLateef.

“Marriage in Islam personifies a sincere and committed act of worship,” said the popular Islamic Scholar, who emphasized the need for Muslim youth and parents to scale up their knowledge of Islam before venturing into marriage in order to prevent avoidable marital crises.

AbdulHamid, who paid a mahr (dowry) in cash (amount withheld) and two notable Islamic texts to the bride was later joined together with Safiyyah in accordance with the Shariah by Dr AbdulHakeem, who officiated the nikaah.

The former Deputy Governor, Idiat Adebule rejoiced with the family of the couple, stressing that, love will not allow you to see your inadequacies. “Love yourselves with your shortcomings. Respect each other to the fullest. Learn and consult the knowledgeable Muslim authorities to build your family,” she urged.

Grand Mufti of Conference of Islamic Scholar (CIO), Sheikh Dhikrullah Shafi’i urged the couple to prioritize their union above other obligations and make a renewed commitment to the work of Islam.

The bride’s father, Dr Abdullah Shuaib expressed gratitude to God and the Muslim community in Lagos, Abuja and Nigeria at large for their support in his professional and Islamic works as well as the wedding ceremony.

Dr Shuaib, who appreciated Sheikhs Shafi’i and Abdul Fatai Thanni, the duo whom he said played pivotal role in his life and family, noted that marriage is a divine gift and unrivalled blessing from Allah.

“Noting that marriage is an obligation to sustain human race”, he said. “Marriage is an embodiment of social and spiritual ideals that seek to establish a modest Muslim home that bears the responsibility of the development of Islam,” he added.

Safiyyah, a graduate of Mass Communication from the prestigious University of Lagos (UNILAG) is a seasoned chef, while Ahmad, a graduate of Accounting from the  revered Obafemi Awolowo University (OAU) works as Accountant with an Auditing/Tax firm in Lagos.

In a jointly signed appreciation message exclusively sent to Muslim News lifestyle, the couple said, “Being a witness to the first day of our lives together, you have all filled our hearts with joy and gratitude. We are honored that many of you travelled a great distance to be a part of our special day, thank you so much for celebrating our joy. With sincere appreciation, love and regards we both send thanks for your lovely gifts and your thoughtful wishes.” 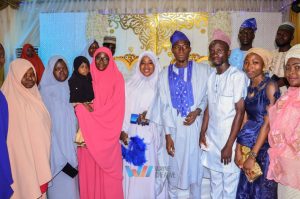 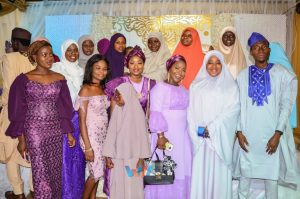 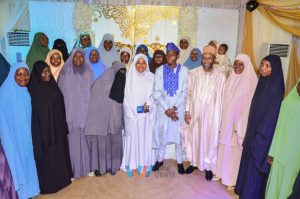 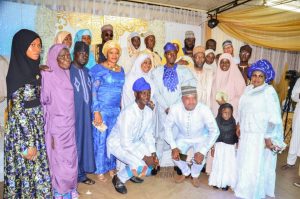