Ibn Taofeeq drops ‘Salafiyyah on a Grand Scale’, says book not directed at castigating any group

The Book, Salafiyyah on a Grand Scale

A Middle East based Nigerian scholar and author, Ustadh Ibn Taofeeq AbdulAzeez has released his much awaited book that will tame the spread of religious extremism, laxity and blind-followership among Muslims.

The book titled: ‘Salafiyyah on a Grand Scale’ is an objective study of the ideology and preaching of a particular group amongst the Muslims, called Salafiyyah.

But the author, a resident scholar for Muslim News argued that the book, published by Rawshield Publishing Ltd, an organ of Rawshield PR Media, was knowledge based and not meant to castigate the followers of the group, who often deny being a group.

Ibn Taofeeq said the book is a call for societal regeneration, adding that it is also pointing to the emergence of extremism, laxity and blind-followership among Muslims and putting the erroneous view in a right perspective.

Discussed in the book is the origin and emergence of the Salafiyyah sect, such as from where it evolved, methodologies, distinguishing features, famous mistakes and famous scholars of the group globally and locally.

While clearing air on the ambiguities created by the followers of the sect especially in Nigeria, Ustadh Ibn Taofeeq explained in the book, the principles of the Prophet’s da’wah, the pristine path of the righteous predecessors (Salaf), among others.

According to him, “This study is nothing but a human effort that must not necessarily be free from mistakes and omissions. And I think I did my best of effort in presenting the truth, while I distanced myself from self desires, personal issues, partisanship, calumny and fabricated lies.

“I did not write this to defend any group, party or organisation, nor to defend any particular scholar or any man as I am not under any sponsorship to author a book.

“I wrote it sincerely seeking Allah’s pleasure and in defense of the truth and solicitude of the religion (Islam), and in defense of the true and real salafiyyah of our righteous predecessors which preached the correct aqeedah, methodologies, manners, etiquettes, persistence of ibaadah, and opposes vilification and hiding of truth for partisanship sake – and for the benefit of ‘our tomorrow’s children’.

“And Allah sees my mind that I did not write this to abuse, accuse, make jest of anyone or any group, rather an advice to all Muslims that preach extremism or laxity instead of moderation.

“I did not declare anyone misguided or sinful like they do to their adversaries. If I am right in all I wrote, that is a favour and mercy from Allah and if in anyway I made mistakes, that is from my soul and shaytaan, and Allah and His Messenger are innocent of it.

“‪Sincerity is a secret between a person and the Almighty. It is a priceless trait He has placed in the hearts of some people. The ones who strive to get close to Him, doing things only for His sake and not for fame, glory, wealth or status which will be useless in the Hereafter,” he buttressed.

Rationale behind the Book

The scholar highlighted that the main aim behind the book is to clarify all forms of dubious claims associated with the group, which always pride herself as the only saved sect.

According to him, “Perhaps the major reasons that prompted me to write this book about Salafiyyah: It’s origin and modern trends are the multitude of their (those who claim Salafiyyah) deviations and delusions in matters of aqeedah, methodologies, conducts and ampleness of questions about Salafiyyah, Jaamiyyah, Madkhalism, from innocent people and students of knowledge. Those who do not have the time and might want to study deeply about this group. 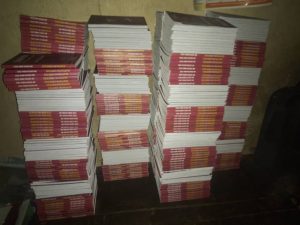 “The hogwash claim of Salafiyyah, which shows they are just out to inhibit the pace of da’wah by diverting it to less important issues. And every breakaway keeps breaking away just like the Khawarij who regarded other Muslims as misguided, yet they never stop breaking into factions and also their deceit of many people which some believed them out of good faith (husnu zhanni). And their spread of dubiousities, lies, blackmails of scholars and callers on the path of Islam in order to discredit them so that people can see them and their chosen scholars as the only scholars of Islam.

“Also, their direct or indirect claim of being the only saved group imbibing the aqeedah and conducts of the righteous predecessors in this century, and all who do not subscribe to their sayings and stances are misguided, heretics, non-salafi, even if they claim so.”

Speaking further, he said, “Their application of intellectual terrorism against their adversaries, by slandering them, accusing them of betrayal, claiming they wage war against the salaf – to prevent people from their adversaries by just meditation.

“And the last of the reasons that prompted me to write this book about Salafiyyah/Madkhalism is the lack of an extended study about this group, its evolution, how it originated, reasons for being called Salafiyyah/Madkhaliyyah, most prominent views of the group, sayings of scholars about them and putting their erroneous views in a right perspective vis-a-vis the Qur’an, Sunnah and path of the Salafus-Saalih. 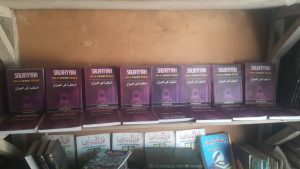 “So, I see it as an obligation to write in English language, explaining the situation of the Salafiyyah and Madkhaliyyah, informing people and warning people about their excesses, exposing their extreme views and putting it in a correct perspective and I have rendered this research study in 15 chapters”.

The book according to him, will be available in all camp sites such as MSSN IVC B-zone, MSSN IVC, Epe, Lagos, Ilorin, Abuja, Sagamu, Abeokuta and outside the campsites in cities such as Iwo, Oshogbo, Enugu, Ekiti, Ibadan, Ikorodu, Epe and others for N1,000 only. Sales locations across Nigeria will be released immediately after the camping programmes.