The Amir of The Muslim Congress (TMC), Dr. Abdulr Raheem Luqman, has advised Muslim families to uphold the standard family structure that will supply good, quality human products to the society.

The Amir therefore, urged the delegates to see their presence at the camp as an opportunity to acquire parenting skills capable of reforming and making them agents of change in the society.

The Assistant Professor of Entrepreneurship said, “The collapse of our society arises from failure of the family to bring out proper children. Everyone needs to sacrifice himself to develop spiritual, intellectual, economic and physical wellness before one can establish a standard family structure.”

In his presentation, the guest speaker, Deputy Director, Office of Education, Quality Assurance, Lagos State, Alhaji Sulaimon Ogunmuyiwa, said that to form an ideal Muslim family, Muslims must know that their lives, children and families are ‘amaanah’ (trust) in this world, adding that “If we can utilize these amaanah as guided by our Creator, we will succeed and pass the test.

“We must continuously seek help and guidance from Allah (SWT) towards that which pleases Him and grant us success, peace and security in this world and salvation in the next,” he added.

He said that marriage is challenging, ”even if both the husband and wife are pious practising Muslims in a general sense. It presents additional tests which many do not pass as well as they should”.

The Lead Counselor, M-Solution Consulting International Ltd said, family concept is marriage and, family is the oldest and most widespread social institution.

“For many people, they are core elements of human development as well as for the social cohesion of society. In Islam, the family is the basic institution of moral values but today we live in an era in which the nature, function, and structure of the family have been thrown into unwarranted circumstances, confusion and question.” 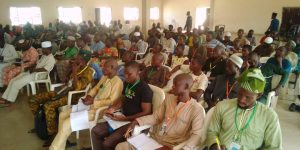 What makes up the Muslim Home, he said includes beautiful interaction through Islamic welcome messages, Islamic door bell rings, Wall inscriptions and decorations, Sound of the Qur’an, Watching Islam Channel, brother in cap and beard, sister in Hijab or Khimar and chanting of Abu and Ummu.

“A home is a place where the family dwells and settles down, and where they find the comfort and refuge they seek from the labour and stress of life. So, it is preferred to choose our homes with certain criteria, if possible, to attain tranquillity, calmness, comfort, and stability.”

The position of a ‘Muslim Family’ in Islamic revolution, he said, according to the Imam Shahid Hassan Al-Banna, is the second stage of Islamic work.

He described family as a group of individuals living under one roof and usually under one head or household, adding that a Muslim family consists of a legally married couple and their children with other relatives through blood relationship and marriage as explained in the Glorious Qur’an, Surah Al Furqaan: 54 – Allah (SWT) says, “And it is He Who has made man from water: then, He has set up relationships of family and marriage: And your Lord is ever All Powerful (over all things).”

He said that the purpose for establishing Muslim family, is to have tranquility and affection, physical enjoyment and fulfillment, procreation and raising good children, social cohesion and da’wah, amongst other things. 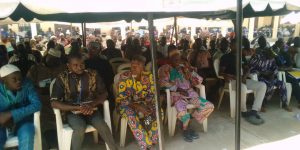 In another development, the Waziri of Yorubaland, Edo and Delta states, Sheikh Abdulateef Ahmad Tijani Adekilekun, enjoined parents to prioritize their children’s proper upbringing over the undue pursuit of property and material acquisition.

Sheikh Ahmad Tijani Adekilekun, who made the call while featuring at the 26th National Islamic Training Programme {NITP} of The Muslim Congress {TMC} , South West 2, “Personality Profile” programme, said that it is pertinent for Muslim homes to adequately prepare their children for their chosen careers and must not lose Islamic civilization.