Al-Mu’minaat wraps up 5-day Training Forum, calls on Muslim women to take care of their homes

One of Nigeria’s leading faith-based organisation, Al-Mu’minaat (The Believing Women) has concluded its annual National Training Forum (NATF) held between December 28, 2019 and January 1, 2020 at Vanguards Academy, Odosengolu, Ijebu Ode, Ogun State, with the theme, The Mirage.

Thousands of Muslim women from different parts of the country attended the just concluded National Training Forum where they were advised to go back home and live up to their primary responsibilities in a bid to tackle the various social problems bedeviling the society.

This year’s camp, the 25th in the series, having started in 1994 was also held at Government Science Secondary school, Abuja and Al-Ameen Comprehensive College, Oyo town, Oyo

Our homes are our primary responsibilities – Alhaja Adenowo

Speaking at the formal opening in Ijebu, a Chief Lecturer at Adeniran Ogunsaya College of Education, (AOCOED) Ijanikin, Alhaja Basirat Adeola Adenowo said, the neglect of the primary responsibilities of child training by the parents is the major problem facing the society.

According to her, “The major problem is that women no more fulfill their primary responsibility to the society. The life we live in, we have two genders: male and female. Naturally, Allah gave the males some responsibilities; the females other responsibilities.

“Our physique and demeanour even denotes the responsibilities we have been given. So, the woman with her gentle nature is supposed to train the children with kindness and softness; guide them; monitor them; train them well so as to be good to the society.”

Adenowo, who is also the Head of Department (HOD), Computer Science at AOCOED, noted that women should desist from activities and jobs that would prevent them from living up to their primary responsibilities, adding that these roles are specially assigned to women by Allah.

“So, we have to go back to nature; what God actually assigned to us to do. Women should do their primary assignment. This is my 27th year of lecturing. I have a child that is married, already giving birth. But how did I train them? What time do I have? Let the mothers own up to their primary roles so that the society would be better. I did my own part as a mother, and Allah assisted me.

The College of Education Don concluded by charging women to rely on Allah, draw a plan for their children and remain prayerful in the course of taking up these responsibilities.

According to her, Women should rely solely on Allah. “I pray all the time for my children. Before I got married, I had the determination that I want my children to be better Muslims than me. So, I prayed and ensured that every stage of their life is for learning. I had a syllabus for them on Islamic topics even the one that is now a mother.

“We mothers can counsel ourselves. If you don’t know what to do, meet people that would tell you. We have books on child bearing. What they should learn at different ages and stages of development. What they should do and should not do. Let us go back to the Qur’an and Hadith to learn. We should also be prayerful,” she said.

The Chief Imam, Ogun State Police Command, Superintendent Omikunle Waheed who also spoke on ‘Crime prevention tips’ at the formal opening noted that educating women will reduce the crime rate in the society.

According to him, women’s access to Islamic and western education will produce morally upright individuals who will never engage in crime.

He called on parents to spend quality time with their children in order to strengthen the relationship.

“Being friendly with our kids is part of the sunnah of Prophet Muhammad (SAW). It helps in curbing crimes in our society. If your children are comfortable and feel at home in your presence, they will be able to divulge their secrets and information to you.

“Due to parents’ unfriendly attitude, so many children become recluse even though there may be so many things they would have wanted to share with their parents. If you are close to your children emotionally, they will be free to share their secrets with you”.

He added that under-age children are now joining secret cults and the biometric statistics of those involved in kidnapping people for ransom are in their 20s. 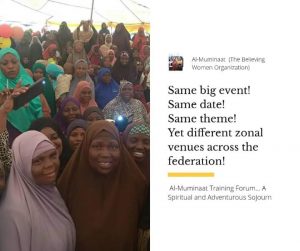 “Young children’s cult involvement is now rampant in our society. Eight year olds are in cult, there are so many underage children that are members of cult, kidnapping and drug addicts groups. Parents need to create time for these children, don’t just feel they are old enough. Check their school bags, search their rooms and ensure that you know what they are doing in isolation.

“Know the kind of friends your children are relating with. Any time you find strange items with them, ask them to return it to the rightful owner(s) even if it is merely a pencil. Warn your female children that on no occasion should they sit on the lap of a male because Islam never permits that.” 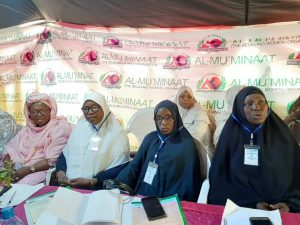 He advised Nigerians to be vigilant and conversant with their environment “As a Muslim, it is our duty to be vigilant. If we notice strange faces in our environment, let’s endeavour to observe their movements and activities and never conceal such information from the police.

“Ensure that you always disclose your whereabouts to an appropriate person and reduce the length of time your children spend on social media because most of the crimes perpetrated today come from social media. Let’s be conscious of our bank transactions, on no account should you reveal your BVN or vital account details to anybody. All transactions should be done in the bank and don’t ever allow an unknown person transfer money into your account.