by admin
in News
0

A delegation from a non-governmental organisation, Brain Builders International, BBI, recently paid a courtesy visit to the Council of Ulama’ah in Ilorin, the Kwara State capital.

The Executive Director of BBI, Mr Abideen Olasupo, who led the delegation said the visit was to educate the Islamic scholars on the importance of the United Nations Sustainable Development Goals (SDGs) and to also seek their support for the group’s new campaign tagged, ‘Localizing the SDGs’.

Olasupo explained that ‘Localizing the SDGs’ is an initiative targeted at sensitizing people at the grassroots on SDGs and how they can be part of the development goals. 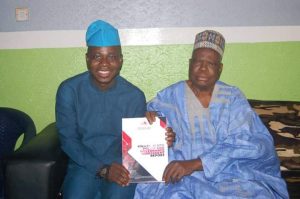 He added that this is necessary to ensure that no one is left behind in the global campaign for sustainable development.

According to him, the programme is also aimed at fastracking the implementation of the SDGs in communities across the State.

In his remarks, the Chief Imam of Ilorin, Sheikh Muhammed Bashir Solih (OON), commended the group for advocating the implementation of the SDGs in Kwara.

He also acknowleged the efforts of the organisation in demanding transparency, accountability and good governance in the state. 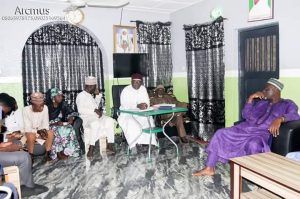 The Chief Imam also lauded members of BBI for committing themselves to a worthy cause rather than engaging in harmful activities that pose danger to the society.

He pointed out that the recent analysis of the 2020 Kwara State budget by BBI was impressive and showed that the youths are actively involved in ensuring Kwarans enjoy good governance. 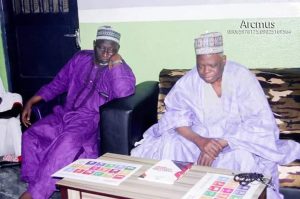 Also speaking, the former ambassador of Nigeria to China, Mr AbdulAzeez advised the group to seek collaboration with the Federal Government, State governments and other stakeholders in order to facilitate the smooth running of the organization’s objective.

Alhaji Abdulhameed Adi, the former National President of Ilorin Emirates Descendants Progressive Union (IEDPU), encouraged the group to work with indigenous groups like the IEDPU in order to extend the reach of the SDGs campaign.

Other members of the council present were the acting Secretary of the council, Hon. Justice (Dr) S.O Muhammed, Royal Chairman, Sheikh Yusuf Olopoewa and the P.R.O of council, Alhaji Hamzat Babatunde Yusuf.

The council endorsed the organisation’s activities and promised to support them going forward. Members of the organization appreciated the council for their support and assured them of their commitment to bringing sustainable development to Kwara state and continuous engagement with the government of the day.