Borno Governor, Professor Babagana Umara Zulum, has invited citizens of the state, who retired as Generals and similar ranks in the air force and navy, those who retired as senior officers of the Police, the state security service and the paramilitary, for a strategy meeting.

Zulum, announced this on Sunday when he hosted the first, in a series of subsequent consultative meetings, with Borno citizens working at different federal establishments within the FCT, as well as other stakeholders.

Held at the banquet hall of Kanem suits in Abuja, the meeting explored ways Borno citizens in the ranks of chief executives, permanent secretaries, directors and deputy directors at federal ministries, departments and agencies could contribute to addressing challenges of security, recovery and development of their home state.

The Governor’s invitation to retired senior security personnels, was in response to comment by a retired Brigadier General from Borno state, who at the meeting, offered to contribute with strategies that could help the government in the ongoing fight against Boko Haram. 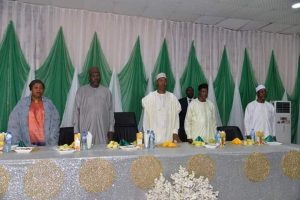 Zulum, said he hopes to meet the retired senior security officers as soon as the meeting can take place, at a suitable location.

Beside the issue of security, Governor Zulum challenged all participants to make contributions through other means that can help the state and its citizens on different areas of development.

The Governor began with historic context of how forefathers of Borno communities fought at different times to either rebuild territories or stand against after difficult times that threaten the existence of communities. 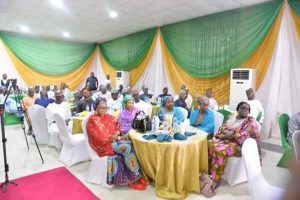 “All of us coming together in trying to rebuild our state will not be something new. Our forefathers did the same thing in bringing back what is now Borno state, after turbulent times. They fought to rebuild communities. We need to be united.

“Lets forget about 2023 and unite for Borno’s sake. Each of us should see how he or she can contribute to our search for peace, to resettling our brothers and sisters that ate internally displaced, to education, healthcare, jobs creating and generally our economic recovery and development, ” Zulum said.

In response to the Governor’s passionate call,participants took turns to make insightful suggestions and to highlight existing and potential opportunities in the federal establishments they work and how Borno can maximize some benefits.

At the end, the meeting created thematic working groups through which participants were requested to choose the areas they can best contribute, taking into account their areas of specialization and positions they currently occupy that can accelerate the development of Borno state and its people.