The Grand Mufti of the Conference of Islamic Organisations (CIO) Sheikh Dhikrullah Shafi’i, has described the renowned Islamic scholar, Sheikh Adam Abdullah Al-Iloory as an outstanding, uncommon Islamic personality who stood out among all his contemporaries.

Sheikh Shafi’i, in an interview with Muslim News on Sunday, said only a few scholars in Nigeria could match his level of scholarship.

Yesterday, May 3, marked exactly 28 years after the demise of Sheikh Adam, the founder of one of Nigeria’s leading Arabic and Islamic school, Markaz Ta’alim Al-Arabiy wal Islaamiy, in Agege, Lagos. He was born in 1917 and died in 1992.

According to Sheikh Shafi’i, “First off is that the late erudite scholar, Sheikh Adam, as Allah had blessed him was very exceptional and stood out among his contemporaries. In terms of knowledge and civilization, he was a rare type. We have few scholars who can match his versatility in the world, especially in Africa.

“His learning and knowledge acquisition was home-grown. Baba didn’t go abroad to study. Nigeria is where his academic sojourn started. It was when it got to a stage, he went to Egypt. According to him, he ensured that he was evaluated when he arrived Egypt for advanced learning. This is a pointer to the fact that he was an enigma,” the Muslim scholar said.

In this special 28th remembrance edition for the late Sheikh Adam Al-Ilory, which was packaged by Muslim News, the Mufti of CIO noted that there are many virtues present-day scholars and students can emulate from Baba Lagege, as the respected Islamic scholar is often called by scholars and admirers.

He said, Sheikh Adam was very determined that whatever he set to achieve, he was always dogged in getting. He added that the late erudite scholar was a lover of knowledge who spent his life in the pursuit and dissemination of knowledge.

“Another very novel thing is that Sheikh Adam didn’t stop at imparting knowledge on younger ones, he was simultaneously an Islamic propagator. It’s very scarce to find scholars who specialize in both endeavours. Again, he was a very good writer. Most of the books and other materials used in teaching students at his Arabic school were independently produced by him,” he said. 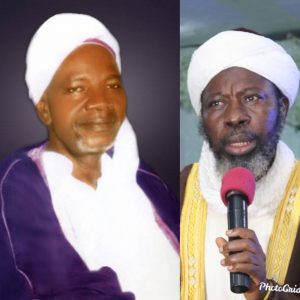 Speaking further, Sheikh Shafi’i asserted thus: “Another thing that sets him apart was his bravery. There was nobody, no matter how highly placed, Sheikh Adam could not face or challenge. He had nothing to fear.

“Then, talking about being ascetic, he was one in town. To this extent, most of the affluent people of his days were not able to gag him because he was not interested in materialistic gains. Influential people held him in high esteem and revered him because he was not ready to tolerate their exuberance. He abhorred disrespect”.

The Spiritual Father of The Muslim Congress noted that though Baba authored so many books, there is a particular one that every Muslim should read.

“It is titled, ‘Al-Islam Wa Taqaaleedu-l-Jaahiliyyah’ – Islam and the Imitation of Ignorant Practices. The book comprises discussions on faith issues such as engaging in fortune telling and other fetish activities. There are also discussions on culture of dressing, greeting, burial rites, among others.”

He continued, “This book I am talking about, if students and scholars have adhered to it properly and explain its positions to people, there’s every possiblity that the improper ways of doing things would have stopped. There would have been change.

“He also wrote on Islamic propagation where he dissected qualities expected of a caller. He also authored a book on the history of Arabic education in Nigeria and some of the challenges that came the way of Arabic education. Also, he wrote a comprehensive book on the biography of so many scholars in Southwest. There was hardly a prominent scholar of his time that didn’t feature in the book.

Sheikh Shafii told Muslim News that though he didn’t study at Markaz, he was an admirer and a lover of Shaykh Adam.

“I attended Mahdul Arabbiy in Ibadan. But when I got to Lagos, I had just two mosques I visited on Friday for Juma’at service. It’s either I go to Shaykh Adam’s Markaz or Shaykh Zuglool’s Daaru-d-Da’wah. And it was a really fascinating experience as I learnt a lot from the two eminent scholars who are now late,” he added.