The State of the Ummah as explained by Sheikh Edebali in Kurusul Osman, Season 1, Episode 10

Sheikh Edebali burst into tears while thinking about the state of affairs of Muslims in Episode 10 of Kurusul Osman. In the dialogue, he told his daughter, Bala Hatun; I am thinking about our merciful Prophet Muhammad (SAW), the nature of the pains he would be having, seeing what has befallen the Ummah he left behind. I am perturbed how hurt his heart would be seeing the Muslims become so weak, selfish and divided. I am beginning to imagine how greed, hatred, betrayal and lust have descended on the hearts of Muslims. I wonder how sad he (SAW) would be because of our present affairs as a Ummah. Did he (SAW) suffer because of this (what we are doing to ourselves)? Did he get into so many troubles (in the hands of the Quraysh) for this or so as to provide comfort for the Ummah to pray in peace?. Did he sacrifice his friends (those who died in the cause of Allah) for this? Look at how the Crusaders and Mongols (the US, China, Myanmar, the West, etc) have been shedding the blood of Muslims. They dirtied our grace. They hurt our honour. The idea of captivity rules our heart. What about the things Muslims (Saudi vs Yemen; Saudi vs. Qatar; Egypt vs Turkey in Libya, etc) do to one another? They kill each other as they constitute themselves into different sects. Yet, they can’t unite and be allies against the cruel. How are we going to stand before Efandi (our leader, Prophet Muhammad) and look at his face on the day of judgement? How? How? 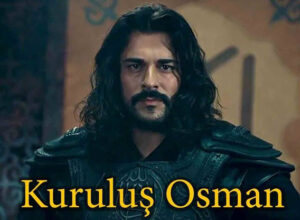 *All words in brackets are my emphasis.

** Sheikh Edebali isn’t a fictional character. According to historians, he was a highly influential Turkish Sunni Sheikh of the Ahi brotherhood. If you’re currently watching Kurusul Osman, the sequel to Diriliş Ertuğrul, you would have seen the significance of the Ahi tribe led by this humble Sheikh and how he helped shape and develop the policies of the growing Ottoman State, which was championed by the Kayis. Sheikh Edebali, a character played by a veteran Turkish actor, Seda Yıldız, was a descendant of the ancient Arab Banu Tamim tribe. He commanded great respect in the religious circle.

Sheikh Edebali often conversed with his close friend Ertugrul, the father of Osman, about Islam and the state of affairs of Muslims in Anatolia. Osman had been Edebali’s guest several times. Like Ibn Arabi to Ertuğrul in Diriliş Ertuğrul, Edebali became Osman’s mentor and eventually gifted him with a ghazi sword, the same wooden sword that was retrieved by Edebali’s daughter, Bala Hatun and his disciple after it was stolen by the guardians of Kulucahisar led by Monk Yannis and kept in their castle. What is the significance of the sword? What happened to Sheikh Edebal and his daughter? The answers can only be found in Kurusul Osman.