People attend a ceremony marking the second anniversary of the attempted coup at the July 15 Martyrs Bridge in Istanbul, Turkey, July 15, 2018. (Reuters Photo)

The need for Africans to exhibit a high sense of patriotism and nationalism was the major thrust of the Friday, July 17, 2020 Webinar organised by the Inonu University Center for African Studies (INUAFAM), Malaya, Turkey.

Invited African scholars at the virtual lecture said, if Africa, a continent that has witnessed no fewer than 200 successful and failed coups, wants to overcome future occurrence of coup, there is a need for citizens to show unalloyed loyalty and true love for their various countries.

According to the panellists, Africans should also do well on praying, unification, asserting that the July 15, 2016 coup attempt in Turkey was foiled with all these attributes as demonstrated by Turkish nationals.

It would be recalled on the stated day, a section of the Turkish army colluded with the Fetullah Terror Organisation (FETO) and attempted to topple President Recep Tayyip  Erdoğan’s government in a bloody coup attempt.

Although unsuccessful, no fewer than 250 persons lost their lives and thousands sustained different degree of injuries as Turkish citizens stopped the coupists in a rare darling attempt.

To mark the 4th anniversary of the memorable event, the Turkish university assembled African scholars to discuss the theme, “The African Voice: 15th July Coup Attempt in Turkey” at the virtual session which was monitored by Muslim News Nigeria

It was a 4-man panel discussion moderated by Dr. Kasim Salifu, a thorough-bred researcher and an international relations expert from Ghana.

Africans need to be patriotic: Adoasoti

Younous Adoasoti, Head, African Students Union, during his presentation, emphasised that patriotism and togetherness exhibited by the Turkish people was the major takeaway from the aborted July 15 coup attempt in Turkey.

Alluding to a popular tradition of the Prophet (SAW), Adoasoti noted that the love for one’s country is part of Iman (faith).

He argued that it was the sense of nationalism and spirit of togetherness shared by Turkish nationals that quelled the forces that pushed for the coup, stressing that with both features, every catastrophe could be overcome.

As an African student, there are a lot of implications and lessons in the high level of patriotism and sense of nationalism demonstrated by Turkish nationals on the coup attempt of July 15th.

“Islamically, it is said in a hadith that the love for one’s nation and the sense of nationalism or patriotism is part of Iman (faith). And we have seen a clear example of this hadith on the 15th July coup attempt.”

Speaking further, “The event also indicates that, if there is togetherness and the sense of nationality, no matter the magnitude of catastrophe, it could be overcome. As Africans, what we lack is true love for our nations and sense of nationalism. And we have witnessed a clear example of what we are lacking. The main reason for the failure of the coup on 15th July was the responsibility and the love Turkey nationals have for the nation.

“Despite the ideological differences, all the citizens came out in their numbers to fight against the destruction of the long-sustained peace and democracy. For any country to develop or stand firm against its enemies, there must be a sense of nationalism in the blood of the people. Before the event, African have regarded fighting and defending one’s country as mere fairy tale or movie.

The panellist advised Africans to take a cue from these attributes to move the continent forward, stressing that this can only be achieved with strong Iman (faith).

“Unfortunately, we do not have the sense of belonging and the sense of responsibility for Africa. If we could fight for Africa the way Turkish nationals did on the 15th July, we would have been able to transform Africa and solve most of her problems,” he added.

No true representation of the coup attempt in the Western media: Abubakar

Also speaking, a Nigerian journalist, Rasheed Abubakar, during his presentation, consoled the good people of Turkey, describing the victims of the coup attempt as martyrs.

According to him, “Let me start by commiserating with the good people of Turkey, their leader and our leader, President Erdogan for the innocent lives lost during the July 15, 2016 coup attempt. We know that the martyred didn’t die, rather, they are with their Lord.”

Abubakar, who publishes Muslim News, Nigeria’s most authoritative Islamic newspaper, offered a journalistic perspective to the coup attempt, decrying the media bias in reportage that characterised the epoch.

He affirmed that coup is an imperialist orientation, often used to achieve selfish and economic interests by world powers.

Abubakar, who is also a columinist with the Daily Independent Nigeria said, during the period, media bias was obvious from the Western media narratives, from which most Nigerian journalists copied copiously.

He dissected the role the Western media played in a bid to justify the coup and project President Recep Tayyib Erdogan as a dictator, noting that “He who pays the piper, dictates the tune”.

“The media will continue to misrepresent Recep Erdogan’s government since they are being sponsored by the imperialists. Turkey was not their first point of call, they did exactly the same thing in the Egypt coup where AbdelFatah El-Sisi emerged as the new leader after the first democratically elected leader, late Muhammad Morsi was ousted in a bloody coup.

“The Western media also projected the Muslim Brotherhood as a terrorist organisation during the struggle. A major challenge being faced by the Muslims today remains inadequate representation in the media. That is why we have taken this task up, with the establishment of Muslim News in Nigeria.’ 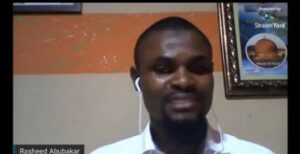 Abubakar noted that President Erdogan’s offense was his support for oppressed Muslims across the world, saying, that the plots to remove him may not end until all the masterminds are brought to book.

The CEO, Paragon Foundation, Ghana, Sheikh Abdul Nasir-Deen, who said he first visited Turkey in 1998 remarked that the level of development witnessed under the leadership of Prresident Erdogan could not be compared to the previous ones.

According to him, the giant strides of Erdogan was why the Turkish residents resisted the coup attempt, as they rallied support for him.

He also emphasized the role of prayers in the abortion of the 2016 coup, expressing his happiness that Allah listened to and answered the prayers of the good people of Turkey who took to the streets in their millions to defend the nascent democracy. 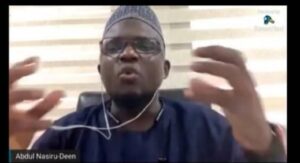 On his part, Dr Mohamed J. Madar, a scholar of STI Policy Studies presented a historical background to the concept of coup. He revealed that the world has witnessed series of both successful and unsuccessful coups.

Madar asserted that the July 15 coup attempt in Turkey was very bloody, as 250 persons died and more than 2,000 got injured in the process of their resistance.

He emphasized the essence of the cordial relationship between the ruling and opposition parties in aborting the coup attempt, advising that political cards should not be played in issues that affect the nation. 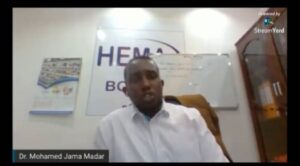 The scholar similarly praised President Erdogan for his developmental strides. He said this helped in building his support base and restored citizens’ confidence in him.