by Muslim News Nigeria
in Islamtainment
3

Popular Igbo Muslim activist, Aisha Ugochi Obi is stll basking in the euphoria of getting married to her better half, Nurudeen Nicholas Ikeochi, as she posted series of her beautiful Nikaah (wedding ceremony) pictures on her Facebook account on Saturday, March 7, 2021.

Despite the lockdown, many Muslim scholars from the northern and south western regions of the country graced the Nikaah, which has been branded as the most celebrated Igbo Muslim wedding in recent times.

Pictures taken during the event showed many guests using face masks, in compliance with the COVID-19 protocols. They congratulated the couple, confessing that this was the first time they would be attending Igbo Muslim wedding where the husband and wife were both reverts.

Speaking with Muslim News Islamtainment, Aisha Obi said, “I feel so happy getting married to my dream man. I have been preaching to our Igbo Muslims to get married to each other so that Islam will continue to spread in our midst. I am happy because I have led by example. I am happy because the Nikaah was a success.”

While reacting to the turn out and calibre of personalities that honoured her, she said, “That very day, I didn’t expect what my eyes saw. The show of love was overwhelming. Despite the COVID-19 pandemic which restricted some guests from attending, others — both within and outside the state, graced it in their numbers. I am really excited and grateful to them all, for making my day.” 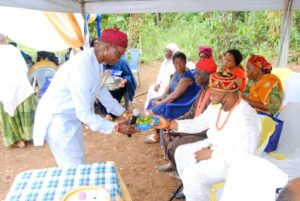 Fans have continued to rejoice with the couple as the wedding ceremony pictures continue to generate loads of praises and prayers on social media.

From all of us at Muslim News Nigeria, we congratulate the couple and pray to Allah to bless their home with children that will live in and spread peace, which Islam stands for, in the region. 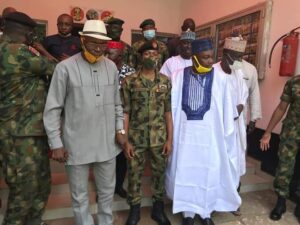 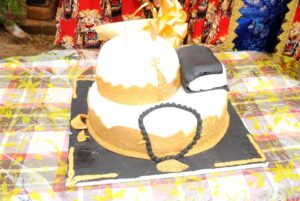 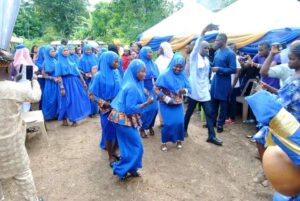 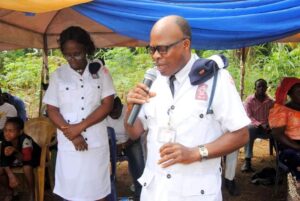 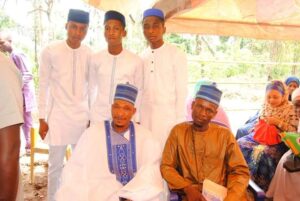 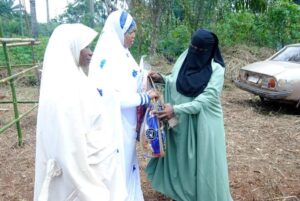