For the third consecutive year, the Nigeria office of the International Muslim Women Union (IMWU) has been putting smiles on the faces of Muslim homes with its annual Qurbani (sacrificial meat) exercise.

This year’s edition was spectacular as more needy Muslim families – about 154 homes – received sizeable portions of raw meat and cash.

The disbursement exercise took place at Assidiq Schools, Ketu and Da’wah Center, Surulere, both covering homes across Lagos State and the capital town of Osogbo, in the State of Osun, on the day of Eid and the days following as the beneficiaries were obviously overjoyed from the smiles on their faces.

Addressing a cross section of beneficiaries, a member of the Union’s Council of Trustees, Hajiah Sherifah Yusuf-Ajibade, reiterated the union’s commitment to ameliorate the situation of Muslims in the face of the economic hardship rocking the nation.

In her words, “Alhamdulilah! We give thanks to Allah for making this disbursement another success for us. We proposed to do it and Allah has made it possible to come to life.

“The annual practice of disbursement of Qurbani of the Nigeria Office of IMWU is aimed at cushioning the effect and hardship of the current economic situation on the people, especially at this time we are still battling with COVID-19, which has affected the sources of income of many.

“In the last two disbursements, the donation came mainly from our sister branch in Malaysia,. But this year, we have got additional support from a Turkish NGO named NUSRET. This has helped us widen our scope in terms of reach and content, as beneficiaries will not only go home with Qurbani, but also with a small amount of money”, she revealed. 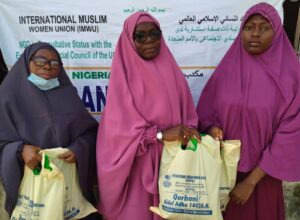 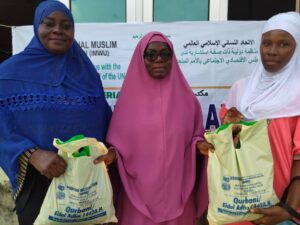 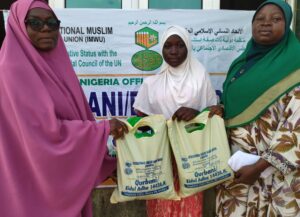 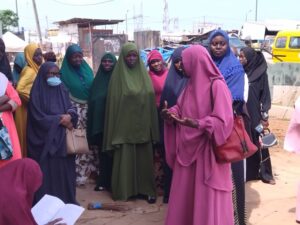 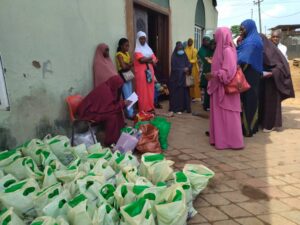 Also speaking during the Osogbo disbursement, the union head in Nigeria, Dr Khadijah Olaniyan-Shobowale called on well-to-do individuals and governments to give utmost attention to the welfare of the people.

According to her, “From where I hail, it is said that ‘once the hungry is lifted out of poverty, then poverty is gone’. So, if people have food to eat, they won’t go into crime, cajoled into drugs and even the situation of banditry and terrorist activities we have in the country today.

“Aside that, the adverse effect of COVID-19 is still affecting and hitting the people hard. This, thus, has affected their mental, emotional and behavioural wellbeing. So the government has more to do, in helping the people recover from this crisis.

“Aside from the government, individuals that are capable of rendering a helping hand to people should rather do same and not leave all for the government. When people are well fed, they would not think of posing danger to others”, she emphasised. 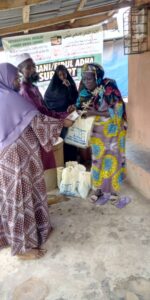 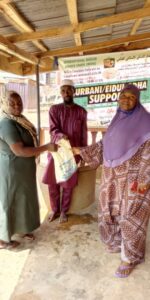 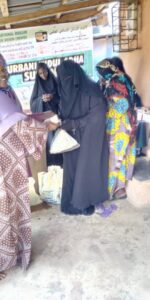 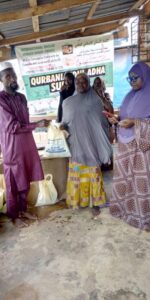 The happiness and joy of the beneficiaries was obvious and unquantifiable, as Muslim News observed the disbursement exercise and interacted with some of them.

In a chat with our Correspondent, Hajiah Ibrahim Rabi, a widow who was one of the beneficiaries, emphasised the positive effect the Qurbani will have on her family, as she said: “I’m very grateful and thankful to Allah and the Organisation that helped us to have an Eid filled with smiles and joy. Everyone Allah has given the power to do a thing of this nature, should do so to help the needy, widows, orphans and less privileged, because people are suffering.”

Another beneficiary, Hajiah Hafsah Soliu, asserted that others will equally benefit from the opportunity they have gotten.

She said “When we have opportunities like this, we will definitely share with others. This would cater for many things, especially at this period we are. By Allah, we could not slaughter Qurbani, but we have gotten the opportunity to have a share of it. Alhamdulilah.”

Mrs Simbiat Rabii, on behalf of the beneficiaries, appreciated the organisers and prayed, “We ask Allah to reward all who participated in the distribution — organisers, donors and others abundantly. It will be best for those with ability to make other Muslims happy so Allah can replenish them. We also pray to Allah to grant us the ability to do same.”

The International Muslim Women Union (IMWU) is a non-profit-oriented non-governmental Muslim women association with membership in over 25 countries, Nigeria inclusive. It was formally registered in Nigeria with the CAC in 2019 and had commenced its humanitarian, educational and social activities in 2015.

Activities of the Nigeria Office of IMWU include counselling sessions for university students, provision of relief materials during Ramadan, rendering assistance to female students to secure admission into Sudanese universities on scholarship and others. 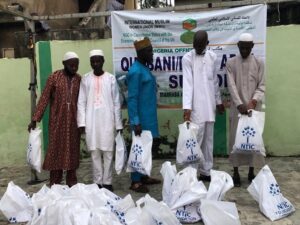 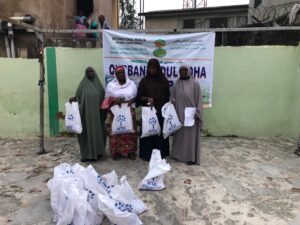 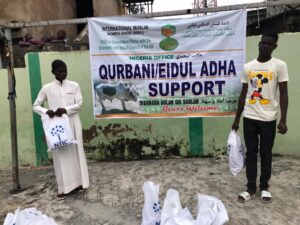 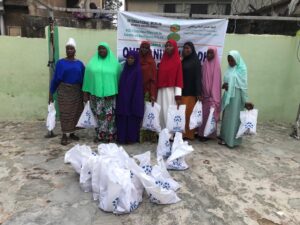