Speaking on the theme; “Leadership Recruitment – The Missing Anchor in Our National Development” at the University of Lagos Main Auditorium, Akoka, the speakers highlighted the challenges facing Nigeria’s democracy, considered to be one of the most expensive systems in the world.

According to him, “I am aware that there are those who said democracy is shirk. They said we shouldn’t get involved at all if we want to remain good Muslims.

“Unfortunately I am also aware that most of our youths subscribe to this. They think it’s part of religion not to be interested in who governs them. They think Allah will bring a leader one day by miracle – a leader who will be just, effective and responsive.”

The eloquent Islamic scholar quoted a Hadith (saying of the Prophet), where he (SAW) swore by Allah in Whose hands his soul is. He said, “Either you command good and forbid evil, or Allah will soon send upon you a punishment from Him”.

Sheikh Ahmad stressed that the punishment could be in form of bad leadership, adding that, “when Muslims are disinterested in the political process of their country, Allah could send them irresponsible and ineffective leadership. The kind of leadership that is totally insensitive to their plight.”

The Missioner also faulted the leadership recruitment process in the country. He said, in the case of the President for instance, the constitution says the minimum requirement is a school certificate or its equivalent. What is its equivalent? It could be a primary school leaving certificate. It could even mean nothing as we have seen in the course of history.

“This is not enough. We need to review that because we are now in a competitive world. We need people who have exposure and are well educated. They must be knowledgeable.

“Whether Muslims or non-Muslims, is it realistic for us in this 22nd Century to put forward a leader who doesn’t know the difference between external reserve and external debt? Someone who cannot make sense of GDP and standard of living? It’s not possible, but this is the type of leadership recruitment process the constitution has created for us,” he said.

Sheikh Ahmad therefore called for regular assessment of appointed/elected leaders and ease out those not performing.

According to him, there should be mechanism to bring them to account.

He also called on religious leaders to be truthful as they also have great roles to play in fixing government and should not be after aspirants’ money.

This, he said, is undermining, rather than, strengthening governance, democratic and development processes.

Jega said this during the pre-Ramadan lecture organised by the University of Lagos Muslim Alumni (UMA) with the theme, “Leadership Recruitment – The Missing Anchor in Our National Development” at the main auditorium of the institution, Akoka

According to him, the issue of leadership recruitment at all levels of governance in the country is central to the current national predicament; and getting it right is key to the resolution of poor governance and development processes.

He lamented that “Nigerians belong to the category of the unfortunate citizens of the world in whose leadership, though in the context of a civil democratic dispensation, leaves much to be desired, in terms of a sustainable vision for our country’s development, selflessness in elective public leadership positions, competence and capacity to lead a country in the 21st century, and in terms of having an enlightened self-interest to galvanise and forge elite consensus on how to reposition, stabilise and develop the country on a sustainable basis.

He reiterated the need for Nigerians to address the crisis of leadership by improving the leadership recruitment process which must be done latest by the 2023.

“With the terrible result that the electoral processes spew up and recycle most people in elected public offices who either bought, or fraudulently often violently stole the votes which put them into ‘elected’ and public leadership positions.

“They invariably achieve this because the special purpose vehicle for getting into elections, namely the political parties are captured by so-called ‘money bags’ , ‘godfathers ’ and powerful patrons, and they operate undemocratically to install clients and otherwise very unprepared and untrustworthy people into elective positions, which require thorough preparation, competence and trustworthiness.

“Second, in view of this, we need to enlighten, awaken and mobilize our citizens as voters, to understand the value of using the electoral process for the protection, defence and advancement of their human dignity, and then put it to good use, to elect into public governance and leadership positions, tested and trusted people, known good people, who have requisite honesty, integrity, competence and selflessness and vision for the actualization of collective aspirations for progress and development.”

This pattern of behaviour, she said, will lead the country to the lowest common denominator in leadership

Earlier in his welcome address, UMA President Alhaji Shuaib Salisu said the theme was carefully chosen to evolve a better society and address the generally acknowledged leadership challenge at all levels.

“There is near unanimity that if our great nation, Nigeria must attain its full potentials, then there is the need to fix the leadership challenge. And in doing so, we must look beyond individual leaders and focus on the process through which leaders emerge,” Salisu said:

According to him, Islam places so much premium on the importance of leadership, which is based on the principle of trust (amanah) and offers broad definitions of leaders.

Vice Chancellor, University of Lagos, Prof. Oluwatoyin Ogundipe said negligence of knowledgeable and able citizens towards electoral process in Nigeria had led to the issue of leadership that the country suffers.

“The poor go out to vote, why the rich sit back to watch and count,” he said.

He added that good citizenship, particularly voters, being the most important element in leadership recruitment, should endeavour to carry out their rights by going for their voter’s card, come out to vote, not to sit back and count the number of votes at home.

He said politicians and delegates should check their intentions and also do the right thing.

FACES AT THE EVENT 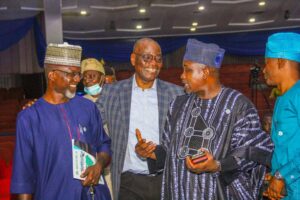 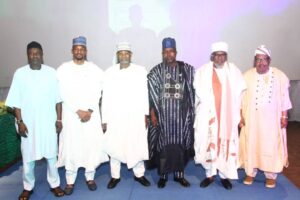 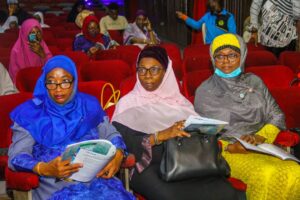 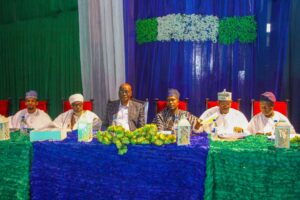