+ Four other Nigerians who excelled for Islam through their professions

The Sultan of Sokoto and President of the Nigeria Supreme Council for Islamic Affairs (NSCIA), His Eminence, Alhaji Abubakar Sa’ad has emerged the Nigerian Muslim Personality of the Year 2018.

The announcement comes days after the organisers of the awards, Muslim News Nigeria named the Turkish President, Recep Tayyip Erdogan the Global Muslim Personality of the Year 2018.

In a press statement to formally announce the winner, the Publisher of Muslim News Nigeria, Rasheed Abubakar said the Sultan is unarguably a blessing from Allah to Nigeria, which has over half of its population as Muslims. 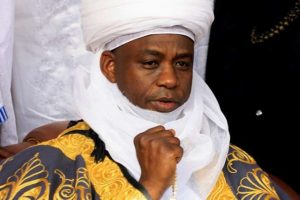 Abubakar disclosed that since the Sultan’s emergence in 2006, he has always advocated for sustainable peace among Nigerians, where Muslims live in peace with adherents of other faiths and see themselves as partners in progress towards building a united Nigeria.

He said: “What Nigerians need most at the moment is peace and the role of religious institutions and their leaders in making our country a safe haven cannot be totally ignored.

“The Sultan has passed the integrity test and used his office as the Amir-ul-Mu’mineen to unite Nigerians. In the last one year, we have monitored his public utterances especially during ethno-religious crises that led to the death of many innocent Nigerians.

“While some religious leaders incited their congregations against other groups on the basis of their religion and ethnicity, the Sultan didn’t allow emotion, politics or religious bigotry affect his judgement. He didn’t join them to overheat the polity, rather, he called for calm. It is sad that many of those leaders who called for bloodshed are still walking freely, without being prosecuted.” 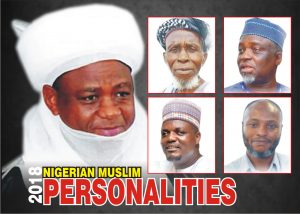 According to Abubakar, when the Nigerian Muslims, of whom the Sultan is their Amir (leader), were grusomely murdered in Plateau, Taraba, Zamfara States and the eastern part of the country by fanatics who hid under different guises, the Sultan didn’t call for reprisal attacks. Instead he advocated for peace and harmony among Nigerians.

The Muslim News publisher however stated that until recently when Boko Haram’s senseless attacks on innocent Nigerians took another dimension, the Sultan had embarked on many initiatives to counter and reduce the influence of the group, which has always, but falsely claimed to represent Islam.

“The Sultan is also at the forefront of the global fight against extremist groups like DAESH. He was among the 126 scholars/leaders from different countries that boldly signed a 22-page letter addressed to the leader of the Takfiri group, Al-Baghdadi. They denounced the nefarious activities of the group and all their affiliates, including Boko Haram.” 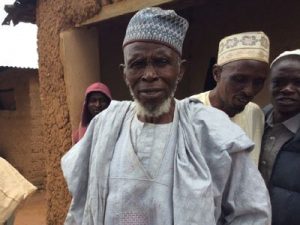 The heroic story of Imam Abubakar AbduLlahi, the 83 year old Imam of Nghar Village, Gashish District in the Barkin Ladi Local Government Area of Plateau State came to the limelight when in July 2018, he risked his life to save a large number of Christians and some Muslims who sought for protection in his mosque against ravaging gunmen who invaded their community.

Imam Abubakar didn’t do it only for humanity, his courageous action was also inspired by his faith, Islam, which accords a high level of respect to the sanctity of human life as established in Qur’an 5:32 and several prophetic narrations.

Imam Abubakar might have saved 300 Christans together with some Muslims without discriminating against their religions, but according to Islam, he has saved all of mankind. That is why Muslim News Nigeria named him after the Sultan of Sultan, hoping that Nigerians, particularly the hate speech preachers, can emulate the Imam per excellence.

Although he is yet to be celebrated by the President Buhari-led government as promised, Muslim News Nigeria joins the entire Nigerian Muslim Ummah and the world to congratulate and celebrate one of the heroes of modern day Islam. Read more about him HERE. 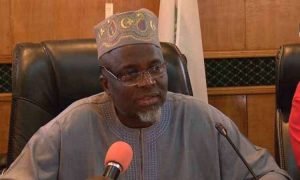 Prof Is-haq Olanrewaju Oloyede, the Registrar and CEO of the Joint Admissions and Matriculations Board (JAMB) fits in perfectly as the best example of the exegesis of the Noble Qur’an 3: 104, where Allah calls on the believers to invite to all that is good and forbid evils of whatever guise.

Despite campaigns of calumny from some elements who branded him a religious bigot, largely due to his engagement via the NSCIA, where he is the Secretary-General, Prof Oloyede’s emergence as the CEO of the Board has brought unprecedented development and unmatched transformation to the 40 year old examination body, within three years of his assumption of office.

Nobody knew that JAMB made so much money – and remitted almost nothing – until Prof Oloyede remitted cumulatively N15.6 billion to the Federal Government coffers, a surplus generated from the conduct of the board’s 2017 and 2018 Unified Tertiary Matriculation Examinations (UTME), compared to the achievement of his predecessors, who remitted only N50 million between 2000 and 2015, a 15-year span.

We celebrate him because of his transparency and accountability, which are cardinal principles of Islam. We believe that, if others – both in the public and private sectors – emulate his honesty, our country will thrive and become one of the biggest economies in the world. Read nore about him HERE. 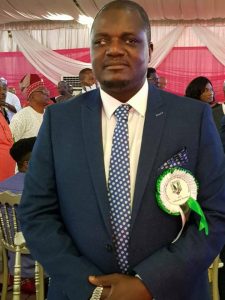 Honourable (Dr) AbdulHakeem AbdulLateef, the Commissioner for Home Affairs in Lagos State, is one politician that goes to work with his Islam every day. A man of many parts; an Imam, lawyer, former lawmaker, Islamic preacher and a lot of other roles and accolades, famously known as Hon. Iyepe – an alias for a creature – like all creatures – that will eventually die and return to the soil, he is using his office to unite and curtail religious discrimination among Lagosians.

If there is one thing he loves doing most, it is to inspire people, irrespective of their religious affiliations, with his rich understanding of Islam. That is why this Muslim preacher on radio, TV and social media said: “I am happy when people call me to say: ‘my marriage was about to break up until today when I listened to your message, and we have resolved it’.”

Hon AbdulLateef is a man of many skills, aptitudes and abilities, and has been a major source of inspiration to millions of youths – Muslim and otherwise – in the areas of education and personal development. Read why we rated him HERE: 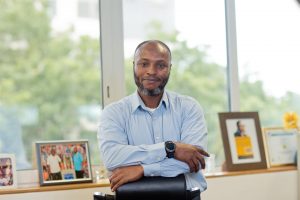 To millions of Nigerians, the name Mr Modupe Kadri (FCCA, FCA) might not ring a bell, but to his professional colleagues in the telecom and finance industries, he is a big brand, locally and internationally. His indelible mark has been felt in the Ghanaian telecom industry after spending four years in MTN Ghana as its Chief Financial Officer (CFO). His extraordinary leadership style has earned him the Ghana CFO of the Year award in 2015, 2016 and 2018, for his outstanding achievements since he joined the telecommunications giant in 2014.

He is a devout Muslim in theory and practice. He is a mentor and role model to many young Muslims and has contributed greatly to the growth of Da’wah in Nigeria, Modest and hateful of show off, he is a man who always loves to do his acts of generosity discretely, in such a way that his left hand does not know what his right hand gives in charity.

That is why this professional Muslim accountant per excellence is referred to as the prized but hidden asset of the Ummah by many of his contemporaries, who testified to his influence in the business world and his contributions to some major Muslim brands of today, such as Hajj Mabrur, Z&S Foundation, Solace Hospital, etc Read more about him HERE:

Muslim News Nigeria rejoices with all the recognised personalities and it is our belief that the awards will inspire them to do more for Islam and the Muslims in the course of their professional careers.