As the nation mourns the demise of former president Shehu Aliyu Usman Shagari, Ngeria’s frontline islamic faith based organisation, the Muslim Public Affairs Center has urged all to remember him for his service to the nation in critical moments.

Shagari, who died on Friday at the National Hospital, Abuja, was buried on Saturday in Sokoto in accordance with Islamic rites. 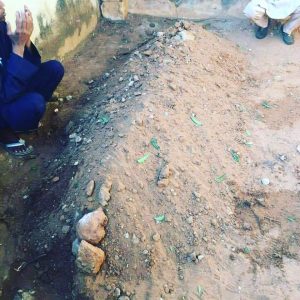 The executive chairman, MPAC, Kamor Disu in his condolence to the nation on the death of the former Shagari acknowledged that the former president’s uprightness shone through his work and many legacies.

Ex President Shagari won elections twice in the 1979 and 1983 presidential elections in the second republic, but the 1983 coup terminated his second tenure tenure.

Since then, he had been playing a non partisan guardian role in the country.

“Late Alhaji Sheu Shagari should be remembered for the great service he rendered to the nation at a crucial time that democracy in Nigeria was truly in its infancy”, Mr. Disu noted in his message of condolence.

According to the MPAC head, the former president was an iconic elderstatesman whose uprightness shone through his works and many legacies.

He said Alhaji Shagari would be missed by all for his deeds, his words and epic achievements in and out of the highest office in the land.

“We mourn the loss with complete submission to Allah, and joy that he certainly lived a fulfilled life in the service of the nation” he said, praying May Allah grant him forgiveness, light up his grave and admit him to Al-Jannah Firdous.

Shagari a cabinet minister in the first republic and elected first executive president almost 40 years ago in 1979 died on Friday aged 93,