UMA Pre-Ramadan Lecture: Islam is the foundation of communal peace – Sultan of Sokoto

The Sultan of Sokoto and President-General of the Nigerian Supreme Council for Islamic Affairs (NSCIA), Alhaji Muhammad Abubakar Sa’ad III, has said that Islam provides the basis for Muslims to live peacefully among themselves and with people of other faiths.

Speaking at the 25th Pre-Ramadan Lecture organised by the UNILAG Muslim Alumni (UMA) in Lagos on Sunday, the Amir-ul-Mu’mineen (Leader of the Faithful) of the Nigerian Muslims stressed that the need for mankind to live together in peace is established in the Qur’an and the Hadeeth of Prophet Muhammad (SAW).

Alhaji Abubakar III, while delivering his keynote address, noted that the Prophet (SAW) complemented the call to unity by weaving the fabric of brotherhood to further hold the Ummah together, irrespective of school of jurisprudence or geographical location.

“This serves as a strong motivation to prioritise the oneness of the community, irrespective of those internal diversities in the Muslim community,” he stated. 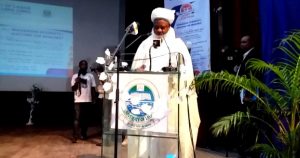 The Sultan, who won the Muslim News Personality of the Year 2018 award, backed his speech on Islam’s recognition of diversity with quotes from the Noble Qur’an, where Allah says: “O Mankind, indeed We have created you from male and female and made you peoples and tribes that you may know one another. Indeed, the most noble of you in the sight of Allah is the most righteous of you”. Qur’an 49: 13. Other references include Qur’an 20: 53, 30: 22 and 40: 13.

Alhaji Abubakar also argued that there are diversities of tribes, cultures, schools of thought, interpretations and views within Islam, adding that, “This intra-religious diversity should even be easier to manage because the fundamentals of the belief system and the ultimate goals are the same. The Qur’an is full of references to this fact: ‘Indeed, this religion of yours is one religion, and I am your Lord, so worship Me. – Qur’an 21: 92.”

Prominent Islamic scholars, Muslim academics, traditional leaders and other dignitaries in their hundreds graced the annual programme, the 25th of its kind, held at the J.F. Ade Ajayi (Main) Auditorium Hall, University of Lagos, with the theme; “Managing Diversity: Whither the Muslims”.

In his welcome address, the president of the Alumni body, Alhaji Shuaib Afolabi Salis FNCS noted that the theme for the lecture series became pertinent, as it is not just of national importance but also of global interest.

He noted the importance of understanding the diversity among Muslims and humans towards achieving a peaceful and progressive society.

Citing cases of recent events, Alhaji Salis said “As I was writing this address, there were two unpleasant developments in two States in different parts of the country that resulted in loss of lives and forced the two State governments to impose curfews. The incidents were inspired by mismanaged diversity. Even our ivory towers are not spared of this rising level of intolerance.”

According to him, one of the foremost universities and a not-too-far neighbour located in a town where religious harmony used to be taken for granted is embroiled in a needless crisis over the use of the Hijab by Muslim children in its secondary school.

“I believe the matter is in court. Whatever the outcome, the interfaith relations in that institution has received a blow and any claim to diversity will be suspect. This trend indicates that while man has recorded tremendous progress in science and technology and expanded the frontiers of knowledge generally, it seems that the more progress man makes in technology, the more mankind diminishes in humanity.

“He traverses the galaxies and strives to establish presence in other planets beyond the earth. He may have found the cures to many diseases that ravage the body, but suffers a great affliction of the soul. This could only explain why diversity, a natural phenomenon that ought to be a source of strength, has become a victim of global disease that requires urgent attention,” he added.

The University of Lagos Muslim Alumni (UMA) was founded in 1985 with the purpose of promoting a fellowship of individuals who share a common religious interest and developing a sound Islamic heritage by coordinating activities and services which contribute to the academic scholarship, entrepreneurship, best Islamic practices and physical growth of the University of Lagos.

Muslim News captures the moments at the event in pictures below: 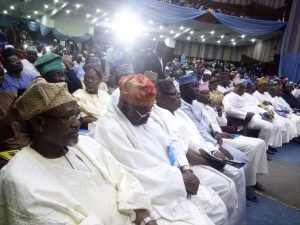 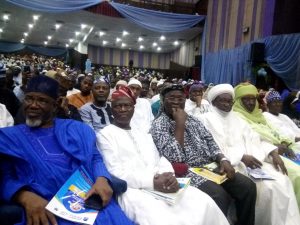 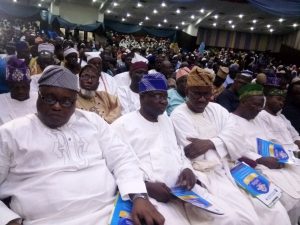 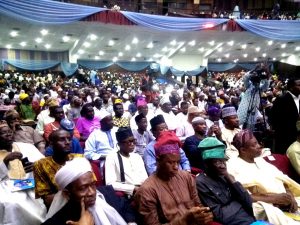