Former Egyptian president Mohamed Morsi has died after fainting during a session in a Cairo court, according to state media.

A top figure in the Muslim Brotherhood and the first democratically elected president in Egypt’s modern history, Morsi had been in jail since he was toppled by the military in 2013 after mass protests against his rule.

State television said Morsi, 67, was in court on Monday for a hearing on charges of espionage emanating from suspected contacts with the Palestinian group, Hamas. His body was taken to a hospital. 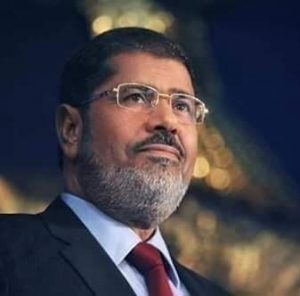 People around the world issued statements on the sudden death of Morsi.

Here is what they had to say.

“We received with great sorrow the news of the sudden death of former president Dr Mohamed Morsi. I offer my deepest condolences to his family and Egyptian people. We belong to God and to him we shall return,” Sheikh Tamim said in a Twitter post: 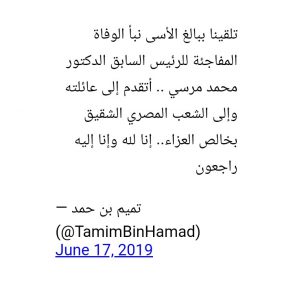 Recep Tayyip Erdogan, the president of Turkey, paid tribute to Morsi, calling him a “martyr”. 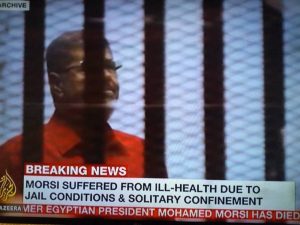 “May Allah rest our Morsi brother, our martyr’s soul in peace,” said Erdogan, who had forged close ties with the former president.

“What we have been documenting for the past several years is the fact that he has been in the worst conditions. Every time he appeared before the judge, he requested private medical care and medical treatment,” Whitson told Al Jazeera.

“He was been deprived of adequate food and medicine. The Egyptian government had known very clearly about his declining medical state. He had lost a great deal of weight and had also fainted in court a number of times.

“He was kept in the solitary confinement with no access to television, email or any communication with friends and family,” Whitson said adding that there won’t be a credible independent investigation on Morsi’s death “because their [Egyptian government] job and role is to absolve themselves of wrongdoing ever”. 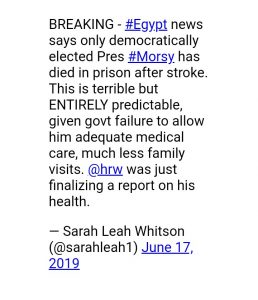 “In front of Allah, my father and we shall unite,” he wrote.

Member of the Muslim Brotherhood

Mohammed Sudan, a leading member of the Muslim Brotherhood in London, described Morsi’s death as “premeditated murder”, saying that the former president was banned from receiving medicine or visits and there was little information about his health condition. 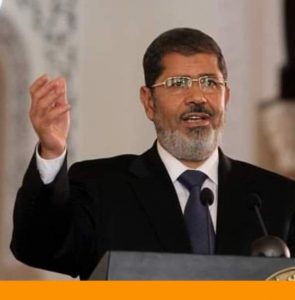 “He has been placed behind [a] glass cage [during trials]. No one can hear him or know what is happening to him. He hasn’t received any visits for months or nearly a year. He complained before that he doesn’t get his medicine. This is premeditated murder. This is slow death.”