Despite the Egyptian government’s refusal to allow the family and supporters of former President Morsi the opportunity to perform a bigger janazah (prayer for the dead) on him, millions of Muslims across the world have observed Solatul Ghayb (prayers for the dead in absentia) on his behalf.

Muslim faithful in Turkey, Pakistan, Palestine, Kashmir and Nigeria, Uganda among other countries thronged different centres and mosques to pray for the late president of Egypt, with many describing his death as a big loss, though he died as a Shaheed (martyr).

Morsi was buried quietly at a small, private janazah held in Cairo on Tuesday, with his wife and few family members in attendance. 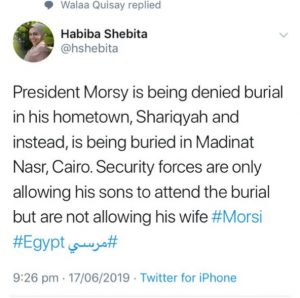 Late Morsi’s family had earlier requested for a bigger janazah to be held at the former president’s village, but the current Egpytian coup leader, Abdul Fatah El-Sisi rejected the request.

However, today, thousands of Turkish citizens, led by their President, Tayyip Erdogan, observed Solatul Ghayb for Morsi at different centres and mosques across all the 81 provinces of Turkey. The prayer in Ankara was led by Ali Erbas, head of the Diyanet at Haci Bayram Mosque in Ankara.

In Pakistan, thousands of Muslim faithful turned out to observe funeral prayers in absentia for the late president.

The JI chief Senator, Siraj-ul-Haq himself led the funeral prayer in absentia in northwestern Peshawar city, which was attended by local politicians, civil society activists and common citizens in large numbers.

The Nigerian Muslim community were not left out as they also honoured the late Morsi with prayers and supplications at different centres all over the country, including the federal capital territory, Abuja, several centres in the business capital, Lagos, Ibadan, Ijebu Ode, Sokoto, Osogbo, Oyo, Ile Ife and Epe, among other cities.

Similar gestures had earlier been replicated in Palestine as Muslim brethren gathered at the Masjid Al-Aqsa, the third holiest mosque of Islam yesterday to pray for Morsi, who was passionate about the Palestinian cause during his life time. 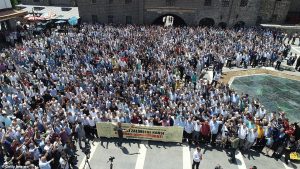 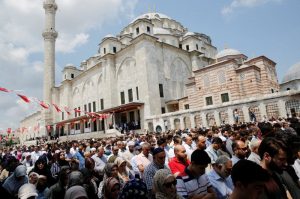 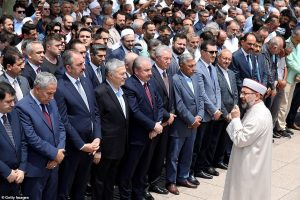 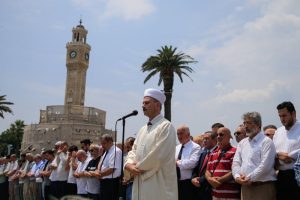 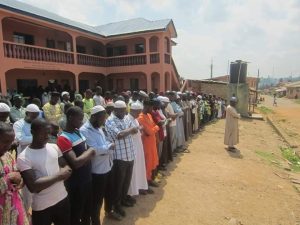 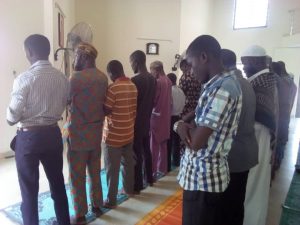 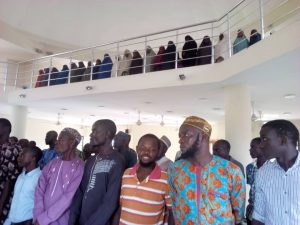