The Kingdom of Saudi Arabia has shut down the first ever ‘non-alcoholic nightclub’ in the coastal city of Jeddah following backlash on social media, saying that it “violated legal proceedings”.

The authorities have also launched investigations into the widely circulated videos online, which purportedly showed the interior of the venue with performances where men and women could be seen dancing together.

Multiple media reported that the White nightclub, which operates as a licensed venue in Dubai and Beirut, was scheduled to open a pop-up ‘halal’ branch in Jeddah, but was shut down by authorities ahead of the arrival of its headline act, American singer-songwriter Ne-Yo. 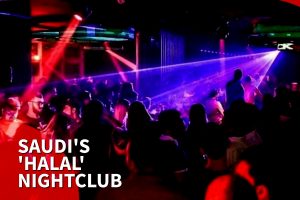 The body said in a statement released through her official Twitter handle that; “According to information provided to the GEA, the event (Project X) is in violation of the legal procedures and regulations in force, and has not been authorised by the body.

“The GEA had originally issued a licence for another event, but its contractor then took advantage of an extension of that licence to commit these serious and unacceptable violations.”

The famous RnB singer-songwriter, Ne-yo, who was slated to perform at the opening party, had apologised to his disappointed Arab fans, especially in the Kingdom. 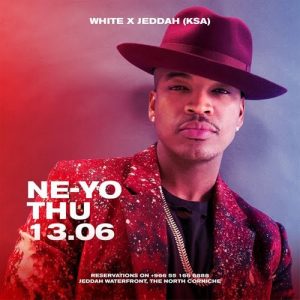 The Miss Independent crooner posted a message on his Instagram saying that he came to know about the closing while he was on his way to the venue.

“Guess we will try it another time”, said Ne-Yo, still hopeful and willing to come again if the authorities allow the club to open in Jeddah.