While millions of Muslims across the world mourned the death of the first democratically elected president of Egypt, Mohamed Morsi with condolences, tributes and prayers all over the social media, some sections of Muslims are happy and celebrating the fall of the hero, who returned to Allah on Monday, June 17, aged 67.

The death of Morsi, one of the leaders of the Sunni movement, the Muslim Brotherhood shook the internet. Millions of Muslims and human rights organisations bombarded the social media to pay tributes to and shower encomiums on the former Egyptian president.

See the posts below: 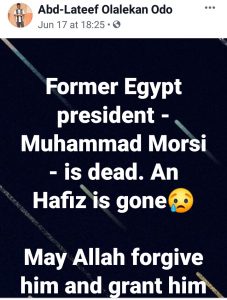 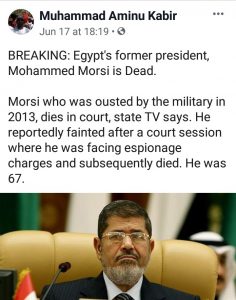 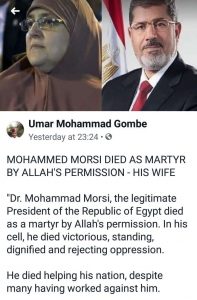 Some sections of the Nigerian Muslims, particularly from the Salafee group, a theological movement traced to Saudi Wahhabism however jubilated on the passing of President Morsi, making derogatory remarks on social media against him, an act that is antithetical to the teachings of Prophet Muhammad (SAW) who said; “Do not abuse the dead, for they have reached what they put forward.”

Some of the tweets include: 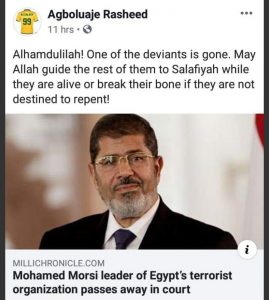 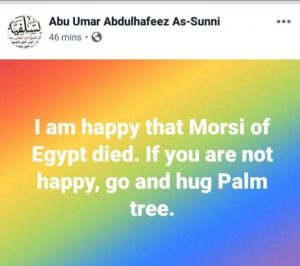 Their vituperations against late Morsi, whom they consider a Murtad (an apostate) and Taghout (thug) knew no bounds, as they also wished death for some other Muslim personalities. 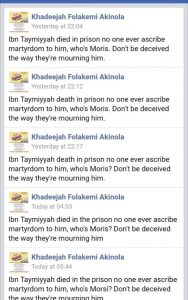 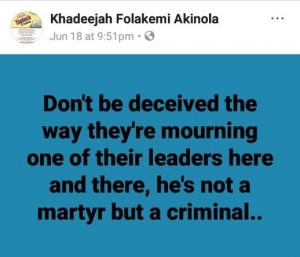 For instance, one Abu Lubaabah, using a social media alias, shared a post of Zahack Tanvir, who posted the picture of the renowned Islamic scholar, Sheikh Yusuf Qaradawi with the caption: “May his time too come soon. Ameen Ya Rab!” See the post: 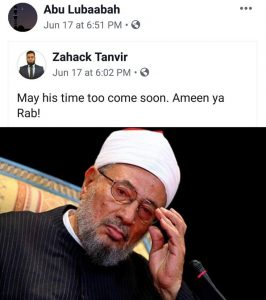 However, another section of the Salafees kicked against attacks on Morsi, insisting that the late Egyptian former president died as a Muslim and deserves prayers. Abdullah Olawale wrote (see below): 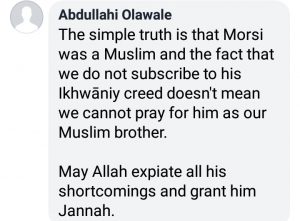 Another social media user, Kabir Al-Asfar, in a Facebook post prayed for Morsi but added that in the coming days, he “would be expecting a lot of Salafee bashing from the usual quarters!” 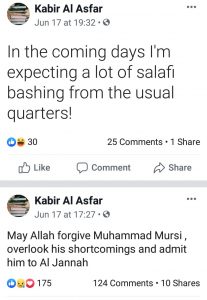 What he meant by the “usual quarters” was not clear, but some of the supporters of the late Morsi did not spare the social media trolls, as some of them reacted in this manner. See the posts below: 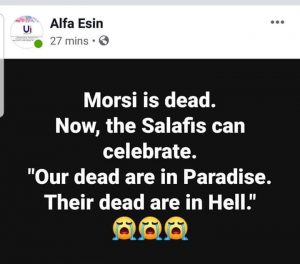 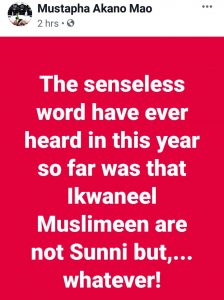 While the face-off between Salafee and Muslim Brotherhood supporters took the centre stage of the Facebook discussion, a Facebook user, Bashir Lucas Samson Lukman described the critics of Morsi as hypocrites, saying that they hate Morsi but prefer the current Egyptian President, Sisi who toppled the former government and jailed its president till he died.

“You prefer Sisi to Morsi. You said all sorts. Either directly or indirectly, you contributed to his imprisonment because he is Ikhwanee but Sisi is better because he is what?”

According to him, “We prefer Munaafiq, Kuffar to Ikhwanee. So, one silly person cannot ask for the death of occupiers of Palestine but to him, Qaradawi is the next person fit for death. Shall we not fear Allah?” 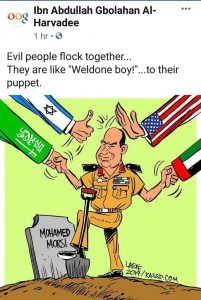 While many objective minds, even among the supporters of Morsi, bemoaned the actions of their brethren who went hard on the Salafees, saying two wrongs don’t make a right, social media should be used to propagate the universality of the Islamic message. The comment below succinctly summarises the reason for Morsi’s attack, even in death.

“The reality is this: The reason why they attacked Morsi has NOTHING to do with his Islam. None whatsoever. It has EVERYTHING to do with the Saudi position towards him. Saudi leaders hate the Ikhwaan, therefore they will find anything and everything to assassinate the character of Morsi. Saudi leaders love Mubarak, Sisi and their ilk, therefore they defend them to the bitter end. This has nothing to with principles from the Qur’an and Sunnah, so please stop wasting your time. This has ONLY to do with Saudi politics. Nothing else.” 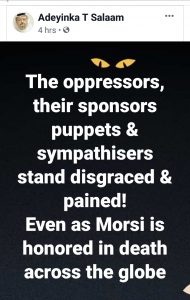 WARNING: “O you who have believed, let not a people ridicule [another] people; perhaps they may be better than them; nor let women ridicule [other] women; perhaps they may be better than them. And do not insult one another and do not call each other by [offensive] nicknames. Wretched is the name of disobedience after [one’s] faith. And whoever does not repent – then it is those who are the wrongdoer.” – Qur’an 49: 11