Muslim fans joined other mourners  including celebrities to mourn the death of Nigerian singer, songwriter, Abdul Ganiy Olanrewaju Fasasi, popularly known as Sound Sultan, who died on Sunday, aged 44.
The legendary Nigerian singer was laid to rest on the same day according to Islamic rites at Marlboro Muslim Cemetery, 340, Spring Valley Road Morganville NJ, Brooklyn, New York,  where he died.
Some of his fans including celebrity friends such as Singer Olamide Baddo were spotted at the burial to pay their last respect for the ‘Jagbajantis’ crooner.
His wife, Farida was seen in a widely video devastated at the burial of her husband, as she laid her head on his coffin for a long time and cried for the love of her life who lost his battle with cancer.
Sulaiman AbdurRahman wrote,
“Hnmm. AbdulGaniyu Olanrewaju Fasasi… Popular musician known as Sound Sultan gone at 44. You have tried. You did your best and left the rest for us all. You’re a good practising Muslim, You have touched a lot of life’s in Satellite Town, Lagos state. You always support and contributes to the Islamic societies and community.
“Now you are left with your deeds while you never knew you will leave so soon. May Allah forgive ur shortcoming, be pleased with you and be with ur wife and kids. Masha Allah Quwata Ilabilahiiii 🤲🏻 aaaamiiin.”
Amatullahi Hassan wrote, “When he (Sound Sultan) was asked if he thinks of death in an interview on Haltv Africa about 4yrs ago or there about. He replied yes. He was asked what his thought about death was. He again replied, “It will come when it will…” Little did he know that he would die few years after.
“Now all the fame and stardom could not help him against death, what he has left now is his faith in Allah, his deeds, and all the good things people are saying about him. Yah Rabbi, give his family the fortitude to bear his loss, pardon his shortcomings, and grant him aljannat firdaws.
Al-Imām Abūhanīfah Moboluwaduro, in his tribute, wrote, “Borrowing from my sister, ‘the death of Sound Sultan hit me so hard. Twice as hard.’ It was hard as if I have never read or heard about death before. To some, you may wish to spew gibberish about his personality as a Pop Star, but I am sure, he died as a Muslim and he was one of those that sang sense to the authority.
“We grew up to his songs during ‘our wandering days’. Unlike today, where the whole of what ‘they sing’ embodies criminality in its entirety. ‘If at all they must sing’, due to the society we find ourselves, I urge ‘them’ to emulate Sound Sultan, sing sense and pass sense to the society. Enough of flaying the society with your immoral-centered lyrics, remember one day, we will be no more.
“As for my brother, Olanrewaju Fasasi, may Allah forgive your sins, illuminate your grave, honour you with Al-Firdaws, and grant your family fortitude to bear your loss. Innā liLlāhi wa innā Ilayhi Rāji’ūn. Verily we belong to Allah and verily to Him do we return. (Q:2:156).”
Fatimah Balogun also mourned his passage with a post, saying, ABDULGANIYY OLANREWAJU FASASI,A.K.A. SOUND SULTAN HAS SAID GOODBYE AT 44😪😓😭.ALL THAT HAS BEEN SAID ABOUT HIM,IS GOODNESS…MAY ALLAH EXPAND HIS GRAVE AND GRANT HIM AL- JANAT FIRDAOS.AMIN🙏.MAY ALLAH GRANT THE FAMILY THE FORTITUDE TO BEAR THE LOSS.AMIN🙏
“May Allah (SWT) forgive him his sins and grant him aljanat. He is one of the Nigeria Musicians I respect so much. May Allah give your family, your fans, and Nigerians the fortitude to bear the loss. – Funmilayo Atitebi
PICTURES 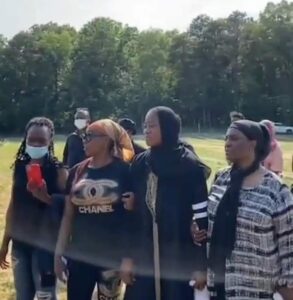 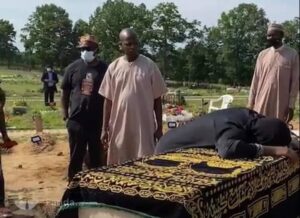 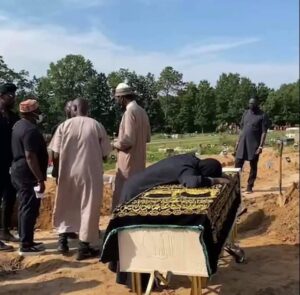 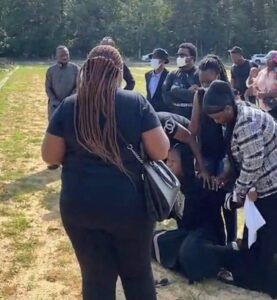 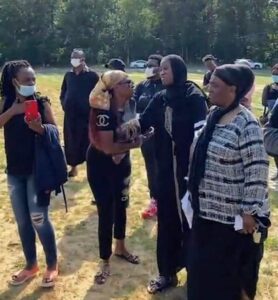 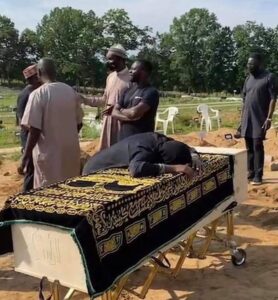