While welcoming guests, the Chairman, GMP Board of Trustees, Alhaji Akeem Oyewale said the event was organised to celebrate Muslim Achievers who have excelled and performed wonderfully for Islam through their professions.

“We are here today because we have among us some people whom Allah has chosen and blessed in their respective walks of life – including heads of professionals and captains of industries. But what has struck us the most is that a number of these people despite being at the helms of affairs in their respective professions have decided to hold on to that one thing that gradually has been lacking among most Muslims – Islamic Identity.

“We are grateful to Almighty Allah that there are some people here that we can identify as our icons. And we felt that the least we could do as GMP and MPAC is to recognize them, appreciate them and encourage them to do more because there are a lot of people looking up to them and they are also going to impact with their attitudes.

“So, tonight, we are going to have dinner, a bit of merriment. We are also going to show you four key distinguished personalities within the Muslim ummah that Almighty Allah has raised up and will continue to raise higher. We are going to recognise them and appreciate them. And we are also going to encourage each and every one of us to be like them,” he added.

The distinguished Senator from Katsina Central Senatorial District, Senator Kabir Abdullahi Barkiya, who was physically present, was also bestowed with an Award of Appreciation. Similarly, Hon Saheed Balogun, the newly appointed Senior Special Assistant to the Lagos State Governor on Science and Technology was also recognised.

As the 2-day Convention came to an end on Thursday after brainstorming sessions, the two organisations called on other Muslim bodies to consider collaborations as a way of achieving more and getting the job done promptly.

Alhaji Oyewale described collaboration as a means to an end. According to him, there is no point trying to do everything by yourself. It’s to strengthen the Ummah (the Muslim community), which is our goal and the goal of another entity also is strengthening the Ummah.

He said, “As you know in basic economics, wants are infinite however, means are not infinite but limited. Why don’t you put resources together and work towards achieving that goal. By working together, we would have achieved bigger than what you would have achieved individually. This is called synergy. 1 + 1 would actually be 3 or 4 and not going to be 2.

“We thought of collaboration with MPAC, we have similar ideals and we are relatively young persons (youths) and our goal is to reverse the trend we saw that Islam is not growing as it were years before.

“Some statistics were shared during the session which showed that years back, say about 40 years ago, the dichotomy between Muslims and Christians was like 70:30 but today, you have 53% as Muslims. If you don’t do anything, very soon we would have less than 50% as Muslims in Nigeria and that would be a shame.

Speaking on one of the benefits of collaboration at the just concluded convention which was “attendance”, Alhaji Hakeem said, adding that, “The attendance was more than the attendance we have had in previous years. Even for MPAC’s own conventions and GMP’s conventions. Separately, the attendance have not been as high as we had at the 2019 Convention. It was really a great outing for all of us.

“Two, in getting the resource persons, we saw the value of having people that know. When you are combining strength, you are able to get better resource personnel than having only one person reaching out. That’s what we saw. Furthermore, there was a very high level of participation and we have also seen a higher level of attendance of the resource persons that we actually contacted. Like at the Dinner, we had literally 100% participation by all the invited guests which is something we have actually struggled with.

In his own reaction, Mal Disu Kamor attributed the success of the 2019 Convention to the collaboration efforts between the two organisations.

“By virtue of working together, we achieved more, go deeper and were able to get there quicker as well. One of the wisdom behind collaboration, whatever you engage in, it allows you to pull resources together. To get there faster and even if you end up failing, you share the blame.

“Collaboration is a win-win situation. If you win, we share the glory and if you don’t, you would have lost lesser assets and lesser resources and you would know you have to take some lessons from that as well.

“So it’s always good to look for like minds. There are always challenges and problems working with individuals and organizations. But if you can navigate very carefully the terrain and manage relationships very well, at the end of the day, everybody would emerge as a winner.

“As you can see, if we have been working on our own, each one of us would not have had the assets and capability to do this on our own but as you can see by apportioning responsibilities in the partnership, we are able to deploy our individual uniqueness.

“Each one of the Organisations has its unique comparative advantage. We are able to complement each other. If you look at it overall, we would have achieved a better result than if each organisation between the two partners had done it on its own.

“So this is better and I think organizations and individuals should embrace the ideal of working together, putting aside our differences and focus on the big fish like I said in my speech,” he added. 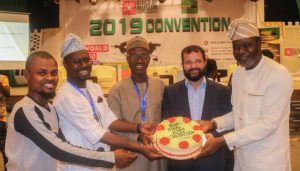 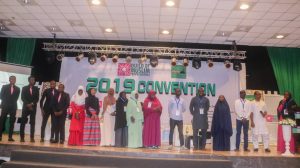 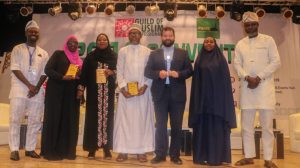 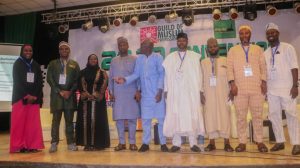 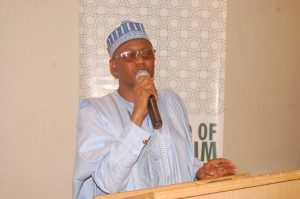 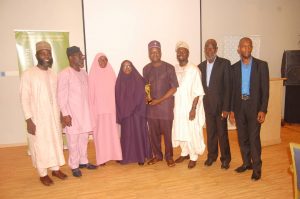